‘Free state of Florida’ cracks down on ‘pop-up’ parties

By Gray Rohrer
FloridaPolitics.com
May 31, 2022

If a Sheriff wants to shut down a party, they can now declare an area a ‘special event zone,’ double traffic fines and impound vehicles for three days. 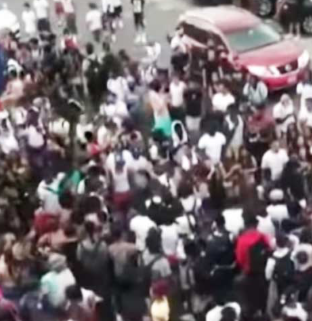 The measure targets gatherings organized via social media on short notice that feature loud partying, cars that inhibit traffic, and often violence. Several episodes in the Daytona Beach area led lawmakers from the region to file the bill, and it was supported by about two dozen law enforcement agencies.

The bill passed 35-3 in the Senate with only three Democrats opposed, but the vote was 83-32 in the House, where more Democrats voted against it. Rep. Anthony Sabatini of Howey-in-the-Hills was the only Republican to vote against it.

Sheriffs can now designate an area within their jurisdiction a “special event zone” in reaction to a pop-up party. Fines for noncriminal traffic infractions within the zone are doubled, police can impound a vehicle for up to 72 hours and police can recover costs involved with enforcing the special event zone from the organizer or promoter of the event.

Opponents of the bill believe it gives police too much power, and could infringe on civil liberties. Sen. Bobby Powell, a West Palm Beach Democrat who voted against it, fretted during a committee hearing that Sheriffs could declare protests to be special events and impose penalties on protesters.

Sen. Jeff Brandes, a St. Petersburg Republican who voted against the bill in committee but didn’t cast a vote on the floor, noted during committee hearings that police could declare an entire city or county a special event zone.

The law, however, could’ve been even stricter. Sen. Tom Wright, a New Smyrna Beach Republican who sponsored the Senate version of the bill, attempted to amend the bill during a committee stop to require partiers who have their vehicle impounded pay the fees associated with it, even if the charges were later dropped. He withdrew the amendment, though, in the face of opposition from the panel.

Bravo!! It’s about time lawmakers stood up against uncivil ridiculous gatherings such as “pop up parties”. Civilized people have civil rights too. Keep the pop up parties in the jungle where they belong.