On average, more than 500 veterans commit suicide each year in Florida. 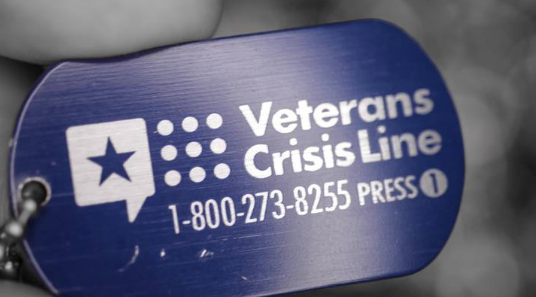 A bill designed to tackle the issue of veteran suicide in Florida landed Tuesday on Gov. Ron DeSanits’ desk.

If signed into law, the bill (SB 1712) would require the Florida Department of Veterans Affairs (FDVA) to provide suicide prevention training as part of a pilot program to veteran service organizations.

Zephyrhills Republican Sen. Danny Burgess is the bill sponsor. He previously led the FDVA and is a Captain in the Army Reserve. In committee, Burgess described the bill as a long-time goal of his tenure at FDVA.

“We want to incorporate additional training that will help ensure that our (veteran claims examiners) are not just outstanding at their role of helping connect veterans to their earned services, benefits and support,” Burgess said, “but also outstanding in their ability to recognize, identify, facilitate and coordinate care for veterans or family members who may be calling them in the middle of crisis.”

Proponents of the bill contend veteran suicide is at an epidemic level. Despite a 2019 pre-pandemic federal report suggesting veterans are committing suicide less, the Veteran Crisis Line — a 24/7 suicide prevention service — is reporting a dramatic increase in calls.

The nonprofit has logged a 7% increase in calls, a 40% increase in online chats and a 98% increase in texts since 2020. The Crisis Center of Tampa Bay, meanwhile, also has reported an increase. On average, more than 500 veterans commit suicide each year in Florida.

“Our veterans are struggling with a series of mental health challenges and are plagued by a suicide rate that is significantly higher than our nonveteran population,” Diamond told members at a committee stop.

The pilot program — which seeks a one-time $500,000 lump sum — is scheduled to sunset June 2026, unless the Department seeks an extension.

The Department also must send an annual report to the Senate President and House Speaker providing updates and recommendations.

If signed into law, the bill would take effect July 1.

This is a commendable law to help our veterans. However, it is rather little and late. Two things will have a much larger impact to reduce veteran suicide. One is to provide more robust reintegration and veteran support services after our soldiers and sailors and marines leave the Armed Forces. The second is to stop invading countries on false pretenses. A major cause of depression among veterans is the inability to discuss what they soon come to realize are the real reasons for invasions: profit for defense contractors, misguided political policies, and no real concern by our legislators for the average citizens or the democratic principles of those countries. Our veterans, as well as the citizens of the United States and of the countries that we invade, deserve much better.

Mark, what you say has merit. Some of the veterans join up for idealistic reasons – like fighting for Liberty, Freedom, etc. But then they find they are being used to enforce the agenda of those who hold political power. Consider the story of Pat Tillman, he was a NFL celebrity who did not like what he saw.

It would not be surprising if most all of the veterans who committed suicide had psyche med drugs foisted upon them. Whatever the solution is to the suicide problem, it doesn’t seem to be psyche med drugs. In fact, they may be a big part of the problem.

SSRIs cause serotonin to pool in the brain. Your body responds to this by stopping it’ production of serotonin. When someone “goes off their medication” they go nuts.

I’m guessing the reason there is such a reliance on laboratory created synthetic chemical medication is that it is a big money maker for Big Pharma. Seems most of our politicians (both sides) are funded by Pfizer, etc.

Where will the funding created by this bill go, and what will be used for? That would be very interesting to know.