Parting is such sweet sorrow …

The time has come,’ the Walrus said,
To talk of many things:
Of shoes — and ships — and sealing-wax —
Of cabbages — and kings —

It is a sobering thought that the Fernandina Observer, with its all-volunteer staff of editor, reporters, writers, and photographers, will soon celebrate its 10th anniversary. What started out primarily as reports on happenings in Fernandina Beach City government, blossomed over the years to include reports from Nassau County government and reports of community highlights from our non-profit organizations, cultural and environmentally focused institutions and groups.

In recent years the Fernandina Observer even expanded its coverage to include the good, bad and sometimes ugly news from Tallahassee.

And then there was Covid. We tried to keep readers informed on vaccination sites, numbers of cases and trends, as the virus spread throughout the state. 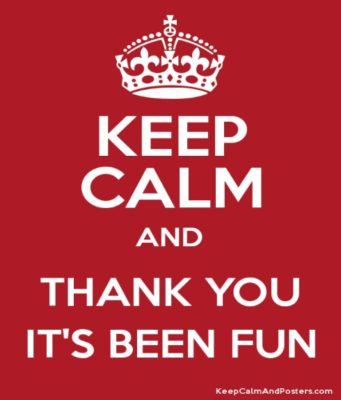 Ten years ago, those of us who pioneered the Fernandina Observer, had no idea whether our efforts would be well received by the public, whom we were trying to inform. We anxiously read the initial comments. By and large, we were gratified that most readers received our newsblog enthusiastically.

Of course, we also received criticism. Some felt we were too biased toward the left — that dreaded “liberal” word. Others chastised us for being tools of the right. Those comments, taken as a whole, convinced us that our “down the middle” approach to reporting local news was probably just where it should be.

We also took pride in hosting our local candidates’ forums over the years with the help of long-time moderator Larry Myers. These forums, along with our giving the candidates a platform to answer written questions, have been widely praised for helping to inform City voters.

But to all things there is a season. On its 10th anniversary this May, the pioneers of the Fernandina Observer will formally bid our readers and advertisers adieu, adding our thanks for their support over the years. This decision has not been taken lightly. But time marches on, and so must we.

We know that our readers are accustomed to getting pranked on April 1, April Fool’s Day. So is this report just another April Fool’s tale, or is it true?

Giving up doesn’t always mean you are weak. Sometimes it means that you are strong enough to let go. ~Author unknown

Bummer! Thank you for an informed decade FO. This is not good news.

PLEASE DON”T GO! Hope this is the best/worst April Fool prank ever and I awaken to another issue tomorrow morning. You helped so many (like me!) during the past 2 years of pandemic chaos — and we had had the 8 previous years to learn to count on your reliable daily dose of news and views. Please stay!

I certainly hope this is an April Fools prank!

I’ve really enjoyed this digital news source and would be so sorry to see it end. Can’t the so called reins be handed to another enterprising, dedicated, competent leader. I surely hope this is only a smidgeon of a silly APRIL FOOLs joke.

I hope this is not so but if it is…thanks for the past 10 years…you will be missed!

Please stay and keep writing !!! Your thorough coverage of our local news is essential!! Remember — Democracy does in darkness ❤️ love the Observer!!

Hoping this is not real, I enjoy the engagement from the Observer. I would miss you dearly.

Having grown up on the island in the 40’s and 50’s, I have so enjoyed keeping in touch via The Observer from my current home in Colorado. Thank you for performing a public service for years. I will miss checking my email each morning to learn a bit of Fernandina Beach news!

I trust you are kidding. You are my first read of the morning.

I look forward to reading the Observer every morning. I’ll miss it.

I hope that this IS a prank. I look forward to reading your news commentaries every morning.

I have a very sad feeling that you are not joking (although I like the intrigue). As volunteers trying to keep the citizens informed, I imagine it is definitely hard to read some of the misplaced criticisms.

You will be missed by this voter. No one has reported on the FBCC meetings with the detail that you have. Your unbiased articles on the Tuesday meetings have already changed my perception of two Commissioners (one positive, one negative). That would not have happened otherwise (the News Leader has been banned in our house).

Hopefully, you can find like-minded and unbiased new editors to continue the great information source the FO has grown into. If not, then thank you for all of your hard volunteer work!

(Any chance of a Thamm-o-Gram once in awhile?)

Praying it is a prank!!!! You’re the only news I trust on the island!

Thanks to all for your excellent publicatiion.

Whew! Glad I made it to the end.

I have my fingers crossed that it is a prank. But either way, thanks for keeping everyone informed in a professional manner!

Suanne, I wouldn’t blame you one bit if you chose to close this website, or leave your position here. The personal hits you’ve taken these last few days would certainly push any extraordinarily-capable volunteer such as yourself over the line: ie the bitter complaints about news content, the casual investigations into your personal background, the insults to your integrity. We faithful readers of yours over these many years hope this post is a prank, but you surely have cause to resign this postion. You will be sorely missed, with all best wishes to you, Suanne.

One can only wonder, are we the oysters, Tweedledee and Tweedledum? Or will the FO be killed due to betrayal at large…

I hope this is an April Fool’s joke. I really enjoy reading everyday since I don’t live in Fernandina. Fernandina was my childhood summer vacation home June thru August.And I go several times a year now. Help me to keep up. Thank you.

And yet – the Observer continues to publish new articles.

The mystery continues–the article states May as the fait accompli.