Editor’s Note: We join many individuals, friends, and family as we mourn the death of John Cotner, a good man who gave so much to our community. For years John gave his time as a member of the City of Fernandina Beach Parks & Recreation Board. Most recently, John donated his time to Nassau County Habitat for Humanity’s “6 on Elm” project as he worked with dedicated volunteers to provide affordable housing in our community. The Fernandina Observer offers our sympathy to John’s family and friends. John was a much-loved member of our community and he will be missed. 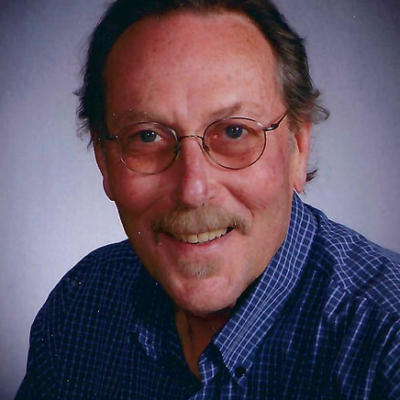 Born on March 11, 1953, in Williamsport, Pennsylvania, to Lloyd Charles and Jane Yoder Cotner. He grew up on a farm near Danville, Pennsylvania, before moving to Williamsport, then graduating from Loyalsock High School in 1971. After graduation, he married Debra Marie Westervelt, and the couple moved to Atlanta, Georgia, where John attended Georgia Tech and graduated with a degree in Architecture.

Both of their sons, Ian and Grant, were born during their time in Atlanta before John accepted an offer from the architectural firm Nichols, Carter, Grant, Inc. on Amelia Island Plantation in 1980.

In 1985, their daughter Kristen was born in Fernandina Beach. Shortly thereafter, in 1987, John opened Cotner Associates, Inc. in downtown Fernandina Beach, combining forces with his father’s firm in Williamsport, Pennsylvania. Eventually, the firms consolidated the two branches, maintaining the flagship office in Fernandina. A significant portion of their work included designing dream homes, businesses, schools, churches, parks, and playgrounds throughout Florida, Georgia, the Carolinas, and Pennsylvania.

In addition, John generously donated his time, talent and treasure as a Little League baseball umpire, Indian Princesses Chief, Ducks Unlimited executive board member, St. Peter’s Episcopal Church breakfast crew team leader, and he spent nearly 30 years leading the St. Peter’s Mission Crew on trips to the Caribbean to repair and replace hurricane-tattered churches, schools and other places of worship. He also volunteered to design, build and renovate various structures at Camp Weed, a ministry of the Episcopal Diocese of Florida.

In his free time, John kept busy with projects around the family’s home, as well as the homes of his friends and family members. He was never one to let the grass grow under his feet. An avid outdoorsman, he welcomed any opportunity to travel, get out on the water and wet a line, camp with his kids, or sit in a tree stand.

John was a loving husband, father, grandfather, brother, son, friend and role model to many. He was a true pillar of the community. John’s life on this Earth has inspired many individuals to become better people. His outlook on life may be best embodied in a quote from the late Irish playwright, George Bernard Shaw, when he said, “I want to be thoroughly used up when I die. For the harder I work, the more I live. I rejoice in life for its own sake. Life is no brief candle to me. It is a splendid torch, which I have ahold of for the moment, and I want to make it burn as brightly as possible before handing it off to future generations.”

John’s memory will live on, not only in his work, but in his spouse of nearly 50 years, Debby; his children Ian (Kate) Cotner, Grant (Miki) Cotner, and Kristen (Michael) Schebell; his grandchildren Liam, Michael, Ansley, Bryson and Lennon. He is also survived by his siblings Jeanette Chaffee, Charles Cotner and Ann Pittman, as well as his mother, Jane Cotner, nieces, nephews, in-laws and other loving family members.

John’s life will be celebrated at St. Peter’s Episcopal Church in Fernandina Beach on Monday, March 21, 2022, at 11:00 a.m. with interment in St. Peter’s Cemetery immediately following the service.

In lieu of flowers, donations may be made in his memory to Nassau Habitat for Humanity, Nassau Humane Society, or St. Peter’s Episcopal Outreach.

I was fortunate enough to call John Cotner my employer and friend for over 15 years. He instilled within me a desire to make our community and world a better place, and to approach life with civility and respect for others. It is the impact that he had on the lives of those around him that will be his greatest legacy, and for that I will forever be grateful and humbled to have known him. He will be greatly missed by so many, but his spirit will live on through us all.

I m sorry I never atually met John. I took over for colleting the contributions to our Silent Auction donations to St. Peter’s Mission Crew’s trips to the Caribbean to repair and replace hurricane-tattered churches. We had several phone conversations about donations and I met Carol at his office to pick them up. I feel like we had a connection regardless and regret that we never actually met in person.