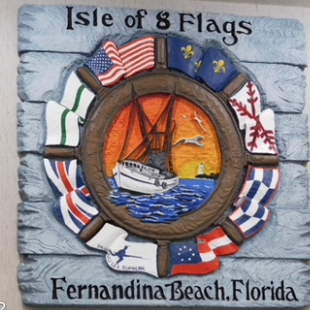 The Fernandina Beach City Commission (FBCC) has tentatively agreed to move forward with a $17M bond referendum this fall to address major City capital needs that have been put off for years by previous commissions.  At their March 1, 2022 workshop, Commissioners discussed potential project options to be funded by a bond.  These projects, along with proposed costs, were developed to meet a priority identified during the FBCC’s January 26, 2022 Goal Setting Workshop.

The project will consist of the renovation and revitalization of the downtown’s streetscape and infrastructure.  The area to be renovated extends from Front Street to 8th Street and from Ash Street to Alachua Street.  It involves sidewalk replacement and upgrades, new landscaping and irrigation, lighting, street re-surfacing, new signage and utility upgrades.  The estimated cost is $17M.

While agreeing that the need for shoreline stabilization is also critical, the consensus of the Commissioners was that additional money for this project would probably be forthcoming from the state and federal authorities, thereby lowering the estimated $16M needed to complete this project.

There was agreement among Commissioners that the building housing City Hall functions exhibits “deterioration to an extent that its serviceable life is compromised and has created several issues relating to life safety and code compliance.”  Significant upgrades and structural repairs, estimated to cost more than $3M, have been identified by City Engineer Charlie George.  At this time the FBCC opted not to pursue bond funding for this project.

In his report, George noted, “There is a growing desire in the City to improve the walkability and access for pedestrians and cyclists within downtown corridors.  Installation of sidewalks/trails connecting neighborhoods and commercial activities primarily along the City-owned 14th Street right-of-way and adjacent streets such as Beech Street to the downtown area are needed to improve pedestrian access.”  He went on to opine that many of the features outlined in the Downtown Revitalization Project Scope dovetailed with with this project, thereby allowing two projects to benefit from available funding.

In previous discussions, the FBCC indicated that they would not favor a bond for more than $25M.

It is anticipated that the FBCC will formally approve moving forward to authorize a bond referendum at their April 19, 2022 Regular Meeting.

When will the referendum be held?

In 2022, Primary Election Day is August 23; the General Election will be held on November 8.  Commissioners discussed how and when the vote on the bond referendum should be held.  There was interest in having a mail ballot election this summer preceding the Primary Election.  This would allow City voters to consider a single issue in the privacy of their homes.

However, City Clerk Caroline Best reported that she had discussed this possibility with the Supervisor of Elections Office, where it had been rejected owing to workload of the staff.

City Commissioner Bradley Bean suggested that the referendum vote be added to the December run-off election ballot.  Other Commissioners appeared to endorse this plan.

The cost to the City for an election is approximately $25,000, regardless of the form the election takes.  The City contracts with the Nassau County Supervisor of Elections to conduct City election.

Also unclear is whether there will be a run-off for City elections this fall.  Vice Mayor Len Kreger’s seat will become vacant due to term limits; Mayor Mike Lednovich is seeking reelection.  As of this writing, only one candidate — Genece Minshew — has filed to run for Kreger’s seat.  No one has yet filed to oppose Lednovich in his bid for reelection.

The qualifying period for City Elections is July 11-15.  For those who wish to qualify by petition, the deadline is July 1, prior to noon.  The number of petitions required to qualify is 115.  For complete information on City Elections, click here .