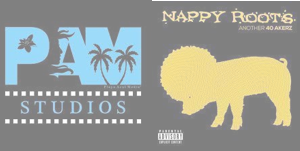 “Creating this pilot was such a fun and exciting experience, and we are thrilled to share it with everyone at the festival,” PAM Studios Founder and CEO Maria Guerra-Stoll said. “As a studio rooted in representing the underrepresented throughout the film and entertainment industry, it is very rewarding to screen this at the Amelia Island Film Festival during Black History Month.”

The show features Nappy Roots as they set off on a road trip to craft breweries across the country, as they look to build their own brewery, Atlantucky, from the ground up. The band’s following takes viewers on a cross-cultural journey through ‘local celebrity’ interviews and hometown tourism that demonstrates all types of conversations over a beer. Jam-packed with humor, entrepreneurship and innovation, attendees will be one of the first audiences to watch the show’s pilot.

In November, “40 Akerz & a Brew” won the award for “Best Episodic Short” at the Rome International Film Festival with festival judges proclaiming “the infectious and effortless charisma of Nappy Roots allowed viewers to laugh, learn and eagerly anticipate the next enriching episode.”

Founded by Guerra-Stoll, PAM Studios is a Latina-owned studio and media company founded in Atlanta. The company provides opportunities for women, Latinos and other minority groups to succeed in the film and television industry while ensuring their authentic stories are shared.

Connect with Nappy Roots on Facebook and Instagram. To keep up with PAM Studios Rome, please visit pam-studios.com. For more information about the Amelia Island Film Festival or to purchase tickets to the event, please visit filmamelia.org.

Playa Azul Media (PAM) Studios seeks to inspire people from all over the world to dream big and make a difference. The studio wants to break down stereotypes by promoting dignified roles for underserved cultures and providing them opportunities to tell great stories from their own perspectives. As a Latina-led business, the studio is positioned to discover and cultivate content