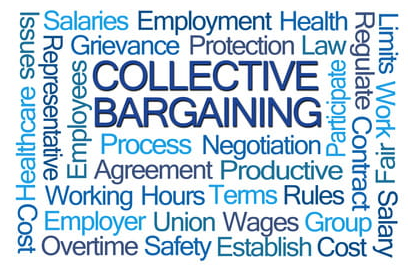 With a unanimous vote at their February 15, 2022 meeting, the Fernandina Beach City Commission (FBCC) approved Resolution 2022-34 providing for an amendment to the Labor Agreement between the City of Fernandina Beach and Northeast Florida Public Employees, Local 630, Laborers’ International Union of North America, AFL- CIO-CLC (LIUNA) providing for pay increases for City laborers. The estimated cost for the remainder of Fiscal Year 2022 is $120,000, likely manageable within the current budget (no additional funds should be needed to be requested).

The labor contract, entered into on January 31, 2022, provided for a reopening to adjust wages. The Memorandum of Understanding (MOU) between the City and LIUNA was made to adjust salaries to provide a living wage to existing employees and to help the City recruit new laborers as needed. Language of the MOU states:

The parties have agreed that these terms will be in effect until both parties have ratified a new Agreement and accept that the terms are mutually agreeable.

The FBCC had previously considered this matter during its January 26, 2022 Visioning Retreat. During that meeting City Human Resources Director Denise Matson explained that there have been no adjustments to salary ranges in over 13 years. Turnover from 2018-2020 exceeded 20 percent with most reasons for leaving involving pay, but for the last fiscal year the rate increased to 27 percent. [The state average turnover is 10 percent.] The average length of service for those employees leaving the City is less than 3 years. Following her presentation Commissioners agreed that the pay adjustment was needed.

Affected City employees filled Commission Chambers in support of this measure, much as they did during the discussion at the January Visioning Retreat. One citizen spoke on this issue, urging Commissioners to also consider the impact of higher City wages on the taxpayers.

Note that this MOU does not cover all City employees. Police and Fire personnel constitute separate bargaining units and are covered under their own contracts.

13 years is a long time…….this adjustment was overdue.

The 7% pay increase does not come close to making up for inflation in the past 13 years, but it is a start. Luckily the employees have a union, or it could be much worse for them.