Momentum grows for ‘Lift Every Voice and Sing’ as national hymn

Jacksonville’s greatest song is up for national canonization. 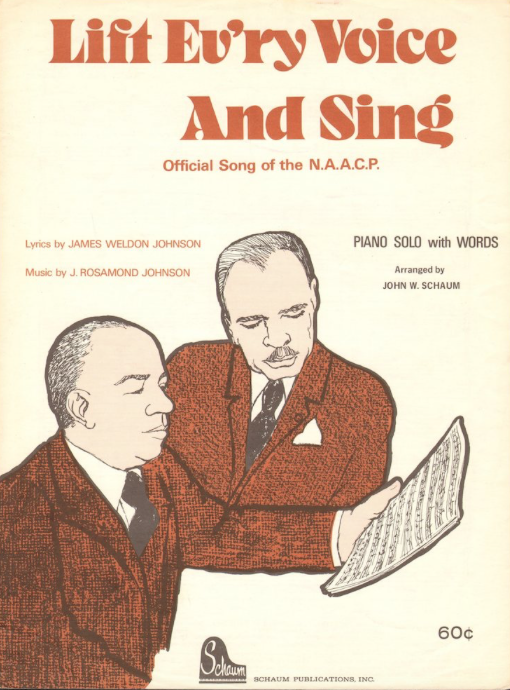 A timeless song written by a Jacksonville legend may become canonized as the “national hymn” soon, as momentum builds in the U.S. House of Representatives for a bill to that effect.

South Carolina Democratic Rep. James Clyburn is sponsoring HR 301, which would make “Lift Every Voice and Sing” the official national hymn. The song was written by James Weldon Johnson, with music by his brother, J. Rosamond Johnson.

The bill has 44 Democratic cosponsors, including Rep. Al Lawson, who represents much of Jacksonville. Republican Mayor Lenny Curry also supports the bill.

The song is known already as the Black national anthem, but this designation would represent an official canonization for the song.

On Friday, the House Judiciary Committee’s Subcommittee on the Constitution, Civil Rights, and Civil Liberties discussed the song and the Clyburn legislation, with legislators and experts attesting to the timeless nature of the song.

Rep. Jerrold Nadler of New York hailed the song as a “beacon of hope for African Americans” historically, written at a time where the “promises of racial equality made during Reconstruction were betrayed.”

“To sing the song is not only to acknowledge the suffering of the past, but to look ahead to a brighter future,” Nadler said, arguing the song “speaks to the universal human condition of struggle and triumph.”

“The threads of our fragile democracy are fraying,” Clyburn asserted, saying that this “iconic hymn” would help to unify people.

Clyburn noted the first performance of the song, which was sung by school children in 1900 at the then-segregated Stanton School in Jacksonville.

“We believe Lift Every Voice and Sing is a hymn that is so cherished … that designating it as our national hymn is proper,” Clyburn said. He argued it has resonance for “every ethnic background in America.”

NAACP Board of Directors Chairman Leon Russell noted, as did previous speakers, that advocates “do not call for this great hymn to supplant or replace the national anthem.”

Russell also spoke to the universality of the song.

“Although the song speaks to the Black experience, any American who has experienced oppression can relate to its words. Although written in the heart of Jim Crow America, it was adopted as the NAACP Hymn at a time when on average 3-5 Blacks were lynched every day in this country, the song admonishes us not to lose faith. It inspires us to be uplifted,” Russell said.

Dwandalyn R. Reece of the National Museum of African American History and Culture described the groundswell the song created in the Black community in the decades it became central to cultural canon.

“It quickly began to make its way through communities in the north and south. It received a public endorsement by Booker T. Washington, president of Tuskegee University and by 1919, had been designated as the official song of the NAACP. By the 1920s you could find copies of the song inserted or pasted into the hymnals of black churches across the country,” Reece asserted.

No, “Lift Every Voice and Sing” would be our National Hymn (not replacing the National Anthem) . . . It is an aspirational song that embodies the American spirit and has been written by a Jacksonville native who happens to be a person of color. Why would this be making us “two nations”? I think it’s a wonderful affirmation of resilience and unification that celebrates American life in all of its diversity — as a desendent of Benjamin Franklin and a WASP, I love the idea.