The bill ‘attempts to strike a balance between property rights and local control.’ 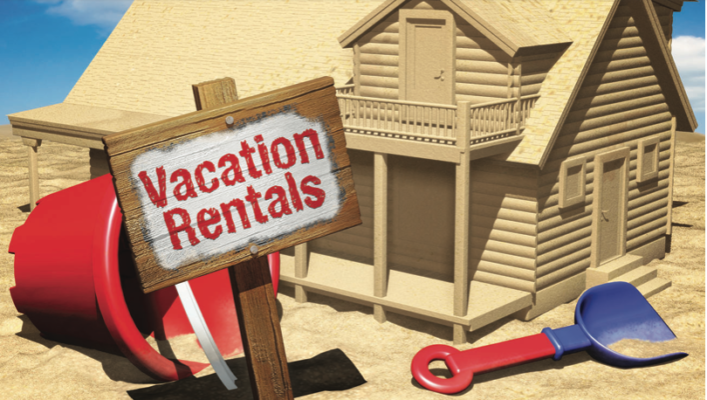 A House bill representing the annual attempt to regulate vacation rental homes at the state level and preempt local controls cleared its first committee of the 2022 Legislative Session Thursday.

The bill (HB 325) from Republican Rep. Jason Fischer of Jacksonville got through the House Regulatory Reform Subcommittee on a 10-6 vote.

The discussion and debate showed how the idea continues to draw strong opinions over whether local control of the burgeoning vacation rental home business is imperative or potentially overdone. Thursday’s hearing also showed continued legislative progress toward satisfying concerns, or at least closing gaps, with new language and amendments.

“I think it has moved in the right direction. Every committee stop, every year, we’ve made changes — even this year compared to last year,” Fischer said.

HB 325 would preempt local licensing to the Florida Department of Business and Professional Regulation, but allow local governments to at least set up a registration program. The bill would also require advertising platforms such as Airbnb and Expedia to provide license and registration information in a vacation rental listing, to collect and remit sales, merchant business and tourist taxes, and to adopt an anti-discrimination policy.

It also would strip away local regulations, except those that predate 2011. That would leave the vacation rental business, for the most part, uniformly regulated and enforced only at the state level.

For several years now, Fischer has sponsored the House version of the vacation rental preemption bill while Democratic Rep. Dan Daley of Sunrise has led the opposition. All the previous bills eventually died. That rivalry played out again Thursday at the House Regulatory Reform Subcommittee, of which Daley is a member. It even fostered some teasing, as Fischer quipped he would name the bill the “Dan Daley Act of 2022” if it gets approved.

Daley contended the current situation — with a wide array of local ordinances regulating vacation rentals as cities see fit for their own situations — “seems to be working.”

Among his concerns was that if enforcement is shifted from cities or counties to the state, the state might not have the ability to police vacation rentals scattered throughout the state, and might only do inspections in response to complaints, rather than proactively.

Daley also raised the annual concerns over a “proliferation of party houses” and of massive numbers of Florida residential properties being purchased by hedge funds and other out-of-state investors and converted into vacation rentals.

“I think this is on a whole other level that we’re starting to see,” Daley said.

One amendment tacked on Thursday might have created more animosity with local-control advocates. The amendment would create a 30-day grace period for unregistered vacation rentals to register without paying fines. The bill would also eliminate any prospect that cities could charge fees for local registrations, unless they already have fees on the books when the bill goes into effect.

So goes the neighborhood – and local control.

The Heavy Boot of Big Republican Government is on our necks again. There is no reason for state control of local vacation rentals except to keep corporate mega-donors, who want it to ensure their profits, donating to Republican legislators’ campaigns. Why do rank-and-file Republicans continue to vote for these people, when so often they are just shooting themselves in the foot? Why have such obedience to an unwarranted and dangerous master?

I believe our current rentals laws were enacted before 2011, and Fernandina Beach would be exempt. I think it does prevent us from changing our current local regulation, as we would then fall under the state regulation. I could be wrong, so please someone correct me if so. If I am right, it would be nice for Observer to put in local context.

There are two main problems with the way our governments (local to federal) work. Both partys are bought off by big money and owe their allegiance to them, not the country and its people. The second is this country was founded on Anglo-Saxon principles which states that all governmental functions should be handled at the lowest level possible. In other words, if it can be handled at the city level it should, if not it is moved to the next level up and so on. Each level has gotten into the habit of passing the buck to the next level because they either don’t want the responsibility, are incompetent, or just lazy. Things need to change!

It’s easier for the STR industry to buy, er I mean, give free speech to 160 people than hundreds of cities and counties. I guess. Isn’t this what these people rail about when Congress preempts state action? Oh but now the state protects us from county health departments forcing restaurants to post their cleanliness reports so as to all consumers to take that into consideration before eating. Only Pasco county has it. Same with tree removal. can’t stand in the way of progress, I reckon…