Posted on January 28, 2022January 28, 2022 by Susan Steger
By Susan Hardee Steger
January 28, 2022
A group of four local veterans, Billy Cimino, Cameron Hansen, Hupp Huppmann, and Paul Lore are taking part in the “Talisker Whisky Atlantic Challenge” to raise money to combat veteran suicides. So far the group has raised $812,000. Individuals from various countries attempt to row across the Atlantic Ocean. The race began in San Sebastian in LaGomera, Canary Island, and will end at Antigua, located in the eastern Caribbean Sea.

After 47 days at sea, YB Tracking shows the veterans have rowed 2632 miles with  230 miles to go. The latest estimate has Foar From Home arriving at its final destination on February 1, (always subject to change).

Let’s Help Foar From Home Fill Up the Star Map With Donations!

If you know people in the 12 states missing a star, give them a call! 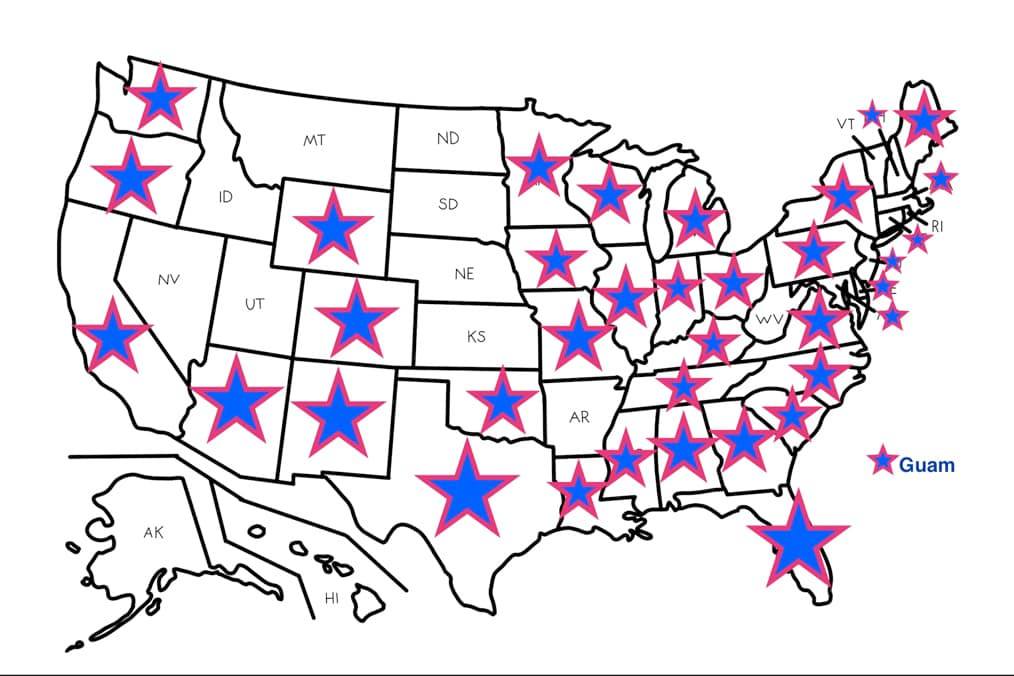 A recent Facebook post reported, “The Foar From Home campaign has eclipsed $812K – wow, wow, wow! While we truly believe “it takes an island to cross an ocean”, our campaign has received nationwide support. Each one of the stars on the map represents a state we have received a donation from- whether it be one or many! Every donor, sponsor and vocal fan is an integral part of this campaign of awareness and impact for veteran suicide and PTSD.-  Please continue to share the FFH mission and spirit!”

Looks like a sunrise arrival on Tuesday (Feb 1st)! 2 more days! Good for them……..they’ll have made it safe…….and that is the most important thing!