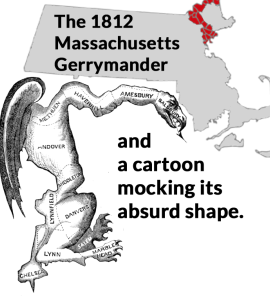 On Wednesday, the Governor’s Office labeled Florida’s 5th Congressional District an “unconstitutional gerrymander.” The harsh assessment comes as draft congressional maps moving through the Florida Legislature all include a similar configuration.

Ryan Newman, general counsel for Gov. Ron DeSantis’ office, surprised lawmakers by submitting a draft congressional map on Sunday. The following day, Newman issued a statement to the media expressing “legal concerns with the congressional redistricting maps under consideration in the Legislature.”

“Our map performs better than many of the legislative maps on Tier 2 constitutional requirements including compactness and preservation of boundaries, all while increasing the number of federally protected minority districts,” Pushaw wrote.

The most controversial call by the Governor’s Office involved CD 5. Represented today by U.S. Rep. Al Lawson, a Tallahassee Democrat, the current configuration stretches from Tallahassee to Jacksonville, hugging most of the northern Florida state line. The benchmark, which originally appeared in a submission from the League of Women Voters and Common Cause, was put into effect by the Florida Supreme Court when it threw out the map drawn by the Florida Legislature in 2012.

Cartographers in the House and Senate consider the district a protected minority access district, and a similar district appears on every map crafted by staff for the House Redistricting Committee or Senate Reapportionment Committee.

But Pushaw said CD 5 as it exists now should not stand.

Asked if the Florida Supreme Court five years ago put an unconstitutional district into play, Pushaw asserted it had.

Pushaw said she came to that conclusion by “looking at the Supreme Court precedent that strongly indicates gerrymandered districts like CD 5 are unconstitutional. It seems unnatural that specific communities in Gadsden and Leon counties would be plucked and tied to a community several hours away in Jacksonville,” she said. “Yes, of course, we believe Newman’s proposal is constitutional — he would not have proposed it otherwise.”

Critics of the Governor’s map have said it could reduce the number of Black districts in Florida from four to two and compromise minority representation. But Pushaw argues that’s not the case.

The one majority Black district on the Governor’s map? Florida’s 24th Congressional District, which today is represented by U.S. Rep. Frederica Wilson, a Hollywood Democrat.

The latter districts also significantly change under the Governor’s map, though a proposed Florida’s 23rd Congressional District includes much of existing CD 20 and has a voting-age population that is 43.51% Black. A Senate performative analysis of its own proposed CD 20 that looks much like the existing configuration figured just over 50.1% of the voting electorate in the district is Black voters.

“You probably notice our proposed map actually increases the number of minority districts, specifically districts where the Hispanic voting-age population is greater than 50%,” Pushaw said. “This is two more districts than in the existing congressional map, and one more district than in either of the proposed House and Senate plans.”

Under the Governor’s map, there would be five Hispanic districts out of 28, with Florida picking up a seat this year based on the 2020 Census. Those districts as proposed include Florida’s 9th, 20th, 26th, 27th and 28th Congressional Districts. The latter three house the current South Florida incumbents.

CD 9, notably, is represented by U.S. Rep. Darren Soto, a Kissimmee Democrat of Puerto Rican descent. But the proposed CD 20 appears most analogous to the existing Florida’s 23rd Congressional District, represented now by U.S. Rep. Debbie Wasserman Schultz, a Weston Democrat. Under the Governor’s proposal, the district would be 50.59% Hispanic. A party performance analysis by MCI Maps shows the district would lean Democratic, with 56.78% of voters there supporting President Joe Biden in the 2020 election.

Overall, though, the partisan analysis shows 18 of the 28 draft districts would have been won by former President Donald Trump in 2020. By comparison, 16 of the districts on the Senate congressional proposal went for Trump. Florida has 16 Republicans in its 27-member House delegation now.

While the Senate-proposed map puts the additional Florida district effectively in Central Florida, the Governor’s map puts it in South Florida instead. Pushaw said recognizing growth in Hispanic voters justifies that decision.

“Consistent with federal law, the Governor’s proposed plan reflects what should be obvious — the growth in the state’s Hispanic population,” she wrote.

She also said the executive office map reduces the number of split geographical and political boundary lines and improves compactness, and that it boasts fewer county splits. “Its compactness is on par with or an improvement to all the plans under consideration, as well as the benchmark map,” Pushaw said.

Please do not for a minute believe that Republicans are out to protect minority districts. They have created maps that actually reduce minority participation and enhance Republican districts.