The League of Women Voters of Florida president blasted the Senate’s two redistricting plans as unconstitutional. 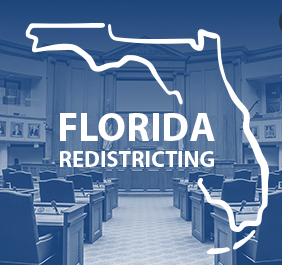 A day before the full Senate considers congressional (S 8040) and Senate (S 8058) maps, the civic group issued a news release panning the drafts. The missive argued the maps “violate the U.S. Constitution, the Voting Rights Act and Florida’s Constitution because the new district maps don’t adequately reflect the growth of minorities in the state since the 2010 Census and they unfairly favor one party over another.”

That’s especially noteworthy as the League served as high-profile plaintiffs in a successful challenge of maps produced by the Legislature a decade ago. The courts eventually tossed the Senate and congressional maps approved by lawmakers. The Florida Supreme Court replaced the congressional map in 2015 with a submission drafted by the League in concert with Common Cause of Florida.

The criticism from the League this year could portend more litigation.

“It is undeniable that Florida’s minority population has grown since the creation of the current maps in 2016, which used data from the 2010 Census,” said League of Women Voters of Florida President Cecile M. Scoon. “At this time, it does not appear as if the Senate has explored the possibility that additional minority districts could be created with data from the 2020 Census. The proper steps must be taken before new district lines are approved to ensure that African American and Hispanic voters are fairly represented in the political process.

Scoon has attended nearly every Senate and House committee meeting on redistricting, regularly raising concerns about the use of 2010 Census figures to determine a baseline number of minority-majority and effective minority districts to include in the map. She has argued legislative staff should do a performative analysis on every proposed district to see where minority communities should have the ability to elect a candidate of their choosing.

That’s a concern primarily tied to compliance with the federal Voting Rights Act as a way to ensure minority access.

The League also said the Senate proposed maps wrongly lump Cuban and non-Hispanic populations together even though the groups don’t vote cohesively, something the group characterized as an effort to diminish the voting power of non-Cuban Hispanics. While Cuban Americans have historically leaned Republican, non-Cuban Hispanic voters lean Democrat.

Also, the group specifically contended that Senate maps don’t protect Black voters in Hillsborough and Sarasota County, electing for a minority access district that crosses Tampa Bay into Pinellas instead of reaching south through Manatee and Sarasota.

“This redistricting process is flying through the Legislature without adequate discussion or consideration of how it will impact minority voters,” Scoon said. “We hope legislators will take a pause and consider the impact of these actions before approving the new maps.”