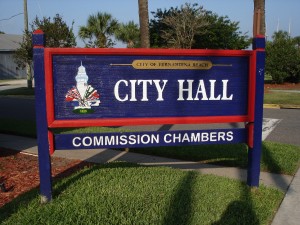 In sitting as the Community Redevelopment Agency on January 18, 2022, the Fernandina Beach City Commission (FBCC) decided after some discussion to resurrect the defunct CRA Advisory Board (CRAAB).  During the subsequent FBCC meeting, Commissioners seated 7 board members and provided a charge to develop 3 priorities.  City Manager Dale Martin will staff this advisory board.

While Commissioner Bean was a strong advocate for reestablishing this board, Commissioner Chip Ross expressed reservations.  Based upon a reading of the original board’s minutes, Ross said that a major complaint of the members was a lack of direction from the FBCC.

“If we are going to reconstitute this board, I would hope we would give it specific instructions as to what advice we seek from them,” Ross said. “I’m not opposed to it, but I am ambivalent if the board does not have a purpose.  It truly frustrates the board members.”

Ross moved to reconstitute the board, using language as to purpose from the original enabling resolution:  To advise the Community Redevelopment Agency on issues including implementation of the CRA Plan by providing recommendations and assistance in identifying and prioritizing projects to be undertaken as consistent with the CRA Plan.  The focus of this group is economic development of properties in the City’s established CRA and the adjoining Central Business District with specific consideration on attracting and retaining businesses.  Vice Mayor Len Kreger seconded the motion.

Mayor Mike Lednovich, in supporting the motion, said that he would charge the new advisory board to identify its top 3 priorities for 2022 and indicate what they will do to meet them.  “Economic development is a very broad term.  Tell me specifically what your top 3 priorities are,” he said.

At the subsequent FBCC meeting which immediately followed the CRA meeting, Commissioners voted unanimously to reconstitute the CRA Advisory Board (CRAAB) with the following appointments:

City Manager Dale Martin informed the Commission that  he will serve as its staff liaison.

Lets hope the new CRA Advisory Board is focused on the quality of life issues we are all interested in.

Rich, one can hope although often times the terms economic development and quality of life are at odds with one another. The greatest challenge facing the group is the diverse objectives of the private land owners that (with only one or two exceptions) have allowed their riverfront property to waste away for decades while somehow hoping for a big payday in the future. The reality is that most of the parcels on the north side of the marina do not have sufficient uplands that will support any type of development. It will be interesting to see what this group comes up with that is grounded in reality.