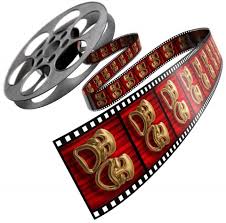 Movies have been a nice distraction in pandemic times.  I have only seen a few in the theatres but have watched a lot on TV since I discovered streaming.  So, what makes a best movie for me?  It does depend on the world I am in at the moment.  Last year movies with light touch or ones with a lot of action were high on my list.  Movies can be pure escapism which made them a useful antidote to COVID-19 worries.

The theatre complex off island had an interesting deal for the first part of the year.  You could rent a theatre screening room for a nominal fee, select from one of 10 movies, and invite 20 people.  The movies weren’t first run but were ones that very popular when they were released. The list changed, maybe monthly.  I watched old favorites such as “Back to the Future, Part I” and “The Hunt for Red October.” “Wonder Woman 1984” was probably the most recently released movie that I saw.

As the pandemic loosened its grip a bit.  I watched some newer movies streaming at home and with my daughter.  Some were action films – Marvel Universe’s “Black Widow;” some carrying on an old franchise – “Ghostbusters – Awakening.”  My favorite was a new movie, “Knives Out.”  When I watched the trailers, I had trouble accepting Daniel Craig as a detective with a deep southern accent.  I wasn’t sure I was going to like the movie but it turned out to be good.  In fact, when Craig appeared, it took me about five minutes to forget the line “Bond, James Bond.”

The plot was really good at leading you down the wrong road. It was essentially a locked room mystery with no apparent killer and a cast full of suspects with bona fide reasons for murder. In the end, it all made sense, which is what we like a good mystery to do.  You realized that all the steps were there to lead you to the right conclusion as to who did it.

The rest of the cast were actors whose names were so familiar – Christopher Plummer, Jamie Lee Curtis, Don Johnson to name a few.  A cast of A-list actors can be a mishmash of clashing egos but this line-up worked very well together.  I understand that a second installment of Knives Out is in the works.  I’ll look forward to it.