‘I’ve heard it said this is a trial lawyer’s dream.’ 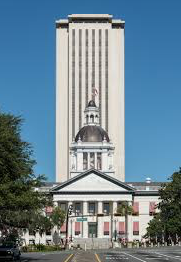 After hearing strong comments describing the bill as the preemption to end all preemptions, local government guardrails for business ordinances, a trial-lawyer’s dream, and an extreme overreach of state government, a Senate committee approved Senate Bill 280 Wednesday.

The Senate Committee on Community Affairs voted along party lines to forward SB 280 after the bill was bombarded by opposition from advocates of local government. Those in opposition are upset the bill would give local businesses the ability to delay new ordinances simply by suing and arguing the measure is preempted by state law or the state constitution. That would trigger an automatic court stay that would block the ordinance from taking effect.

The bill, from Republican Sen. Travis Hutson of Palm Coast, also has provisions that would require local governments to write business environment impact statements on all proposed local statutes to evaluate whether they could have negative effects on local businesses and provide that businesses could be compensated — made whole — for business losses under some new local ordinances.

But giving individual businesses the power to stop any ordinance — at least long enough for court litigation to reach a conclusion — split the room. Lawmakers tussled over whether that would give local businesses veto power over any local law a business might not like or whether businesses could finally receive protections from overzealous local officials who care too little about how local laws can hurt businesses.

Democratic Sen. Gary Farmer of Fort Lauderdale called the bill an “extreme overreach” of state government and suggested it was a point of irony that SB 280 would get its first committee hearing one day after Sen. President Wilton Simpson suggested it was time for the Florida Legislature to stop preempting local government powers.

Farmer argued that SB 280 would give any business that feels affected opportunities to stifle local laws that might deal with everything from alcohol sales hours to puppy mills; adult entertainment to food truck restrictions; human rights requirements to wage ordinances.

“I’ve heard it said this is a trial lawyer’s dream. This is more of an actualization of a nightmare,” Farmer charged.

Hutson replied that in order for lawmakers to consider ending preemption of local government actions, they must first provide one last, overriding protection for businesses. Hutson noted that Simpson made that clear in his Session opening address Tuesday when he said, “At the same time, we are going to make sure that local citizens and businesses understand the impacts of your regulations by requiring you to provide fiscal impact statements for ordinances and referendums. We will also ensure that you pay legitimate businesses that are impacted by your takings.”

That could make SB 280 the preemption that could end all preemptions, Hutson argued.

“We’ve come up here year after year after year preempting local governments from various ordinances from a gauntlet… So how do you stop these preemption bills? Because we are the last line of defense,” Hutson said.

After a long list of local advocates argued against SB 280, while the Florida Chamber of Commerce and Americans for Prosperity waived in support without speaking, Republican Sen. Dennis Baxley of Lady Lake declared he had heard enough. He characterized the anti-SB 280 positions as statements describing businesses as the enemy.

“If you listen to most of the debate comments today from the audience, businesses are evil,” Baxley said. “And yet they’re asked to pay the bills. They’re paying the majority of the property taxes. Businesses are your friends. They’re the people who give your community life. But for them to have no recourse, no way to go, to demonstrate they’re being harmed in some way, I think is just unconscionable.”

Democratic Sen. Tina Polsky of Boca Raton argued that business owners and their representatives have the same recourse as any citizen of the community, throughout local law making; in the courts, as businesses can currently sue over local ordinances, but cannot get automatic stays or assurances of “make whole” restitution; and, as a final option, in local elections.

On Wednesday, SB 280 was overhauled with a 19-page strike-all that Hutson said was the result of most recent talks with affected parties. He said he would continue those talks and expects continued revisions.

Republican Big Government strikes again. It’s all about money, and to heck with quality of life.

The GOP is the problem. Not a solution. What’s mine is mine. And what’s yours will be mine, regardless of choice.

“And what’s yours will be mine, regardless of choice”.

That sounds more like a Bernie Sanders progressive than a GOPer