Appearing at the Florida Workers’ Compensation Institute annual meeting in Orlando last week, the group’s assistant director, Andrew Sabolic, outlined key components of the reforms his division will advocate, including eliminating a requirement that certain workers’ compensation reimbursement rates be approved by the Florida Legislature. 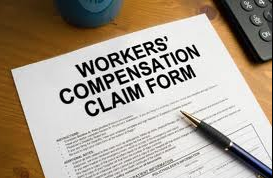 The presentation also shows the department wants to reduce penalties for businesses that are first-time offenders of the state’s workers’ compensation laws. The division wants to provide those businesses with the ability to lower their penalties by 15% if they watch an online tutorial on workers’ compensation coverage and compliance and correctly answer 80% of the questions.

The presentation does not indicate which lawmakers the division, located in the Department of Financial Services, is working with or whether they have bill sponsors in the House and Senate.

The division did not immediately respond to Florida Politics’ request for additional information.

The so-called MRAs are adopted by what is known as the Three-Member Panel. Established in statute in 2003 as part of a comprehensive rewrite of the state’s workers’ compensation laws, the panel is charged with determining and adopting the maximum payment amounts for physicians, hospitals and ambulatory surgical centers. The MRAs are subsequently adopted by the Department of Financial Services through rule.

But those rules need to be “ratified” by the Florida Legislature because of a law that requires lawmakers to approve any rule that would increase costs for businesses by more than $1 million over a five-year period. As a result, there is a lag with new reimbursement manuals getting approved. It would not be the first time there has been a push to have the MRAs go into effect without ratification.

Workers’ compensation is a government-mandated no-fault system. It is meant to be self-executing, benefitting both the employer and the employee.

The system precludes workers from suing their employer for causing their injuries. In turn, employers are required to provide injured workers access to the health care they need to heal. And employees who miss more than eight days of work as a result of the injury also are compensated for lost wages.

Because workers’ compensation insurance is mandated for most employers and impacts such a large breadth of special interests, it often becomes divisive within the Capitol.

Indeed, business groups pushed the Legislature for years to pass a workers’ compensation bill to address a 2016 Florida Supreme Court ruling, known as Castellanos v. Next Door Company, that found the restrictive attorney fee caps put in the law by the Republican-controlled Legislature in 2003 were unconstitutional.

But business industry-supported bills to reinstate the caps never made it past the finish line in 2017 and 2018 because they got bogged down in efforts by then-House Speaker Richard Corcoran to limit medical reimbursements to hospitals.

Meanwhile, Sabolic’s presentation at the WCI conference begins with a slide that reads “2022 Legislative Session. Will there be any workers’ compensation … and the answer is YES!”

Supreme Court is a bunch of lawyers. Why would they not take care of their own? Thus we have higher Workers comp law fees without a cap. Go figure.