14 arrested in “Operation Run to the Hills” 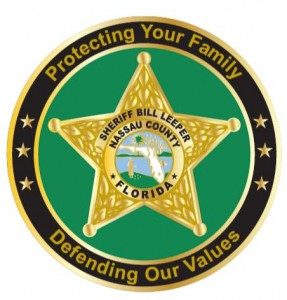 Within the last several months, NCSO and the Nassau County Narcotics Task Force, which consists of Narcotics Detectives from the Nassau County Sheriff’s Office and the Fernandina Beach Police Department, received several citizen complaints and gathered intelligence from numerous sources in reference to narcotics activity in and around the Yulee Hills and Page Hill areas in Yulee.

Several of these individuals were also revealed to be previously convicted felons with a history of violent criminal and/or narcotics violations. Detectives and deputies employed multiple investigative techniques, including undercover operations, in order to infiltrate and gather real-time intelligence from the extensive narcotics distribution network. The months-long investigation resulted in several felony charges against these narcotics distributors. Additionally, the investigation resulted in the seizure of two semi-automatic handguns, numerous knives, over $100,000 in assets (cash and vehicle), over a pound of Methamphetamine, over an ounce of Fentanyl and Heroin, as well as multiple pounds of illicit Marijuana and concentrated THC products.

“Criminal activity will not be tolerated by the law abiding citizens of our county, nor the Nassau County Sheriff’s Office” said Sheriff Bill Leeper. “If you know of anyone selling illegal drugs in our community or is engaging in illegal activity, please let us know.”

Those subject to arrest as a result of Operation Run to the Hills:

Have you ever known a convicted felon who served his or her time and then was released back into society? The obstacles to regaining even a semi-normal life are almost insurmountable. We continue to punish those who have made mistakes, even after they’ve paid for them. Perhaps some of these people who are mentioned in the article are just nasty characters, and no amount of rehabilitation will work for them, but a great many people turn back to crime because our society will not support them any longer. It is a heartless system.