Jacksonville, FL among the U S cities most vulnerable to costly hurricane damage 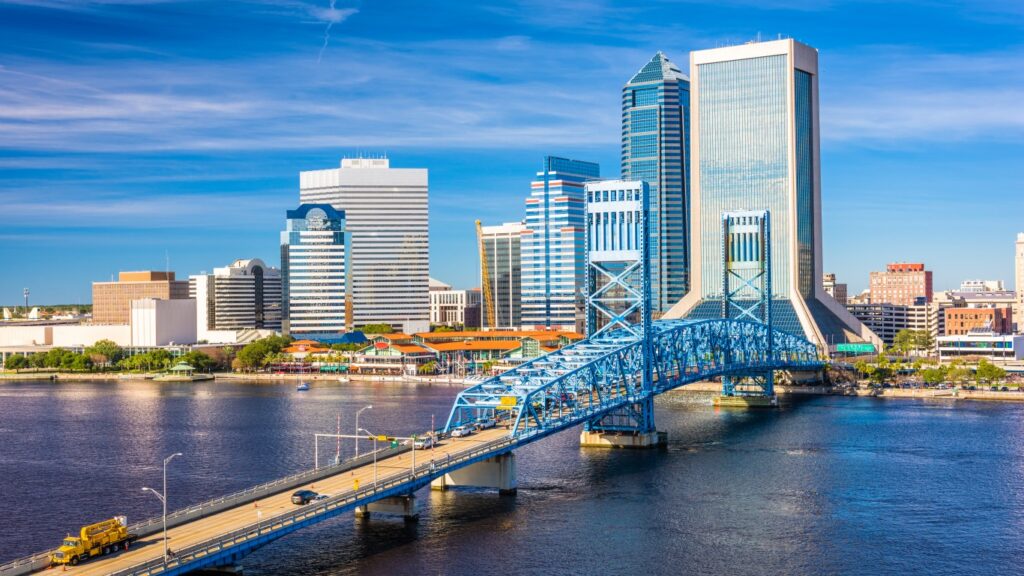 So far, 2021 has been a historic year for natural disasters in the United States. There were a record 18 weather and climate disasters costing more than $1 billion each in the first nine months of 2021, according to a report from National Oceanic and Atmospheric Association. Wildfires, severe storms, tornadoes, and extreme temperatures resulted in 538 deaths and $104.8 billion in damage nationwide from January through September — eclipsing totals from all of 2020.

Going forward, climate change will likely only continue to contribute to the increased frequency and severity of natural disasters, including hurricanes — the deadliest and most destructive classification of natural disaster threatening the United States. Over the past two decades, hurricanes have killed an average of over 300 Americans per year and resulted in overall damage totalling nearly $1 trillion.

According to a recent report from CoreLogic — a property information, analytics, and data provider — nearly 8 million single-family homes are at risk of storm surge damage from hurricanes, and over 31 million homes are at risk of damage from hurricane winds nationwide. These risks are disproportionately shouldered by metropolitan areas along the Eastern Seaboard and along the Gulf of Mexico.

Jacksonville is the most populous city in Florida, and across the broader Jacksonville metro area, over 220,000 single family homes are at risk of storm surge damage in the event of a hurricane. In the event that all at-risk homes get damaged by a storm surge, replacement costs could hit $52.7 billion.

Jacksonville was one of many Florida communities affected by Hurricane Irma in 2017. Though the metro area was spared the high winds and resulting damage other parts of the state faced, the St. Johns River, which runs through the city, flooded, causing widespread damage throughout Jacksonville.

All data on the number of at-risk homes and reconstruction cost value is from CoreLogic’s 2021 Hurricane Report. Metropolitan areas are ranked on the number of single-family residential structures less than four stories at moderate or greater risk of damage from storm surge flooding in the 2021 hurricane season. 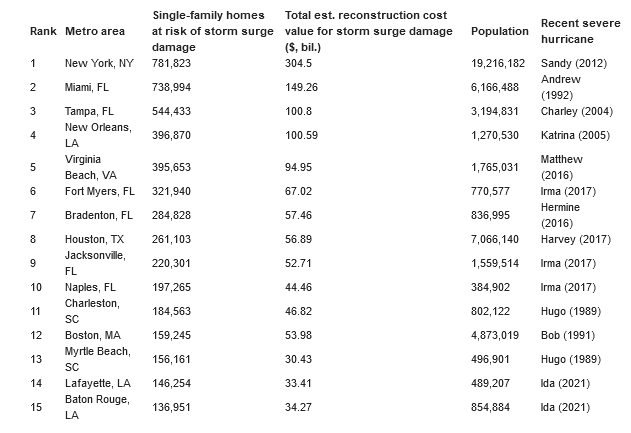 Gee – they can point to one storm in several decades. How does Jacksonville compare (suffering from any appreciable hurricanes) over the last fifty years, to other cities in Texas, Louisiana, South or West Florida?

A headline sensationalized especially after noting that Jacksonville was, of the cities in FL, the fifth on the list. The report doesn’t say what level of storm surge was used to come up with these estimated figures. I am willing to bet it was a high level just to drive up the numbers. And an average damage per home at $202,000 for pretty much every city listed. Just some crazy numbers.

I am not sure what the author meant by the most populous city in Florida unless Miami and Tampa are subdivided into multiple cities. The cost estimates appears to declare all 220,000 homes a total loss. Seems unlikely.