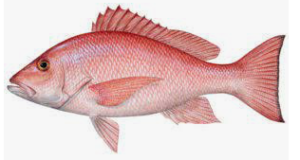 Anglers had the opportunity to enjoy a 55-day summer Gulf red snapper season this year, which is the longest summer season for Florida since FWC was delegated the ability to set the season for private recreational anglers in Gulf federal waters off Florida by the federal government. This season was chosen to maximize harvest opportunities during summer, which is when red snapper fishing is most popular, and to allow as much of Florida’s 2021 quota to be harvested as possible.

Because the FWC cannot allow recreational harvest of Gulf red snapper once Florida’s quota has been reached, Gulf red snapper harvest will not reopen this fall for Florida anglers fishing from private recreational vessels in Gulf state and federal waters, or for for-hire operations that are licensed to fish in state waters but are not federally-permitted.

While we know many Florida anglers were hoping for a fall season, the FWC looks forward to a successful Gulf recreational red snapper season in 2022.

For updates on snapper regulations, visit MyFWC.com/Marine and click on “Recreational Regulations” and “Snappers,” which is under the “Regulations by Species – Reef Fish” tab.