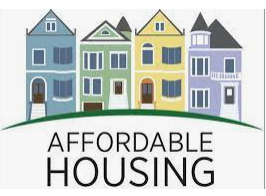 HB1339 was passed during the 2020 Legislative Session and took effect in July of that year. The bill, now a law, gives local governments the authority to create a process to “approve development of affordable housing on any parcel zoned for residential, commercial, or industrial use.” Essentially, it allows those developments to circumvent the rezoning process if the application meets certain characteristics and a governing board decides it’s compatible with the current neighborhood.

“You’re truly leading the state,” Sean King with Habitat for Humanity said during the Oct. 14 City Council meeting. “I’m already having conversations with other municipalities within our county. You’re literally the first in the state to dp this. We’re hopeful this will be another tool in the affordable housing toolbox.”

Both neighborhood and industrial areas would require rent or sale prices to be at or below 120% of the area median income. Industrial areas have a few more criteria like completing an environmental report and analysis of the surrounding industry.

“It identifies that housing affordability continues to be an important issue and that there are certain circumstances where the land development regulations as they exist could be an impediment to affordable housing,” he said.

Tampa Bay has some of the fastest-rising rents in the country, according to national real estate data company CoStar Group. Council member Brandi Gabbard was part of the unanimous approval, but she had previously expressed concern over creating housing extremes.

“That we become a city of haves and have nots because there’s nowhere for the middle income to be,” she said during a September meeting. “That’s my greatest fear.”

“If City Council actually had the best interests of the people in mind, they would take immediate action to protect tenants, prevent displacement, control rents and rein in greedy profiteers,” Kilgore told Florida Politics.

The Council of Neighborhood Associations pushed back on some of the changes over concerns of neighborhood degradation. But Joe Farrell of the Pinellas Country Realtors Organization said change is needed.

“At some point, people are going to have to make uncomfortable decisions about where they want to build things if we’re going to get out of the affordability hole we’re in,” he said.

I hope our local elected officials take note. For as long as I have lived here, one of the biggest concerns expressed in citizen surveys year-after-year is the lack of affordable housing in our community. And for just as long, our commissioners seem to acknowledge this as being a concern, yet have done nothing to actually remedy the problem. In recent years, housing prices have become even more catastrophic to lower income individuals that work in our local businesses and wish to live within the community they serve. One of the biggest hurdles to the development of affordable housing in our city is the lack of flexibility in regulations and the exorbitant permit and development fees charged. Unless the city makes a conscious decision to incentivize this process for developers, there is no realistic scenario in which units can actually come to fruition. This is an opportunity for our elected officials to act as true leaders and make a difference for some of their constituents that are so often under-represented and under-prioritized for fear of being politically tagged as “pro-development.”

Affordable housing is just code for low income housing. Putting housing where it does not belong is a disgrace. City /county planners have a responsible to protect current residences and environmental concerns. St Pete is just the latest woke mob / liberal mantality to push the progressive agenda. Stop the Insanity.

It is interesting to hear free-market capitalists blame the lack of affordable housing on everything except the main tenet of their philosophy: the profit motive of developers. Housing prices are sky high because developers understand there’s high demand and low supply. Free market capitalism, however, only works when consumers have choices, which doesn’t happen in the housing market because there is a lack of land to build them on. I have lived all over the country, including some states that have strong affordable housing experiments, and there’s only one thing that works: requiring developments to include a substantial portion of their units to be at an affordable rate. Call it socialism, call it government overreach, call it whatever you want, affordable housing will not happen until government requires it.

Lol, Mr. Smith. There is a reason they call it progressive. It means progress. It’s like driving a car, to go forward, put it in D. To go backwards, put it in R.