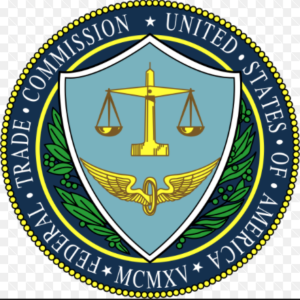 Bad actors who prey on older Americans should be stopped in their tracks, and yesterday, the Federal Trade Commission was testifying before the Senate Special Committee on Aging on our work to protect older adults and ensure that these predators face consequences.

Testifying on behalf of the Commission, the Director of the FTC’s Division of Marketing Practices, Lois C. Greisman, said that during 2020 older consumers filed 334,411 fraud reports in the Consumer Sentinel database, with reported losses of more than $600 million. Because the vast majority of frauds are not reported to the government, these numbers represent only a fraction of the older adults harmed by fraud.

Romance scams; prize, sweepstakes and lottery scams; and business impersonator scams caused the highest aggregate reported losses to older adults, according to the testimony. Older adults submitted over 26,518 fraud reports related to COVID-19 in 2020 with $104 million in reported losses.

The testimony reiterated the FTC’s call to restore its ability to recover money from those that violate the law, which it has used in the past to provide refunds to people harmed by deceptive, unfair, or anticompetitive conduct. A Supreme Court decision earlier this year, in the case AMG Capital Management LLC v. FTC, has impeded the Commission’s ability obtain monetary relief from violators. The testimony noted that restoring the ability to obtain monetary relief is critical to fully protect older Americans.

The FTC has brought actions halting a variety of scams, including those identified through the agency’s data analysis as scams harming older adults, such as impersonation and romance scams, the testimony notes. In the past year the FTC brought at least thirteen new law enforcement actions that had a notable impact on older adults.

Through the years the Commission also has sued providers who facilitate or play a role in such schemes, such as Voice over Internet Protocol (“VoIP”) providers that facilitate illegal calls and wire transfer providers, according to the testimony.

The FTC also conducts an ongoing fraud prevention education campaign for older adults called Pass It On, which supplies them with resources to read and pass on to family and friends, the testimony notes. Since the campaign began in 2014, the agency has distributed 15.6 million Pass It On items, including more than 920,000 items in Fiscal Year 2021. To share its consumer education messages and inform the public, the agency collaborates with many organizations across the country.

The Commission vote to approve the testimony was 5-0.