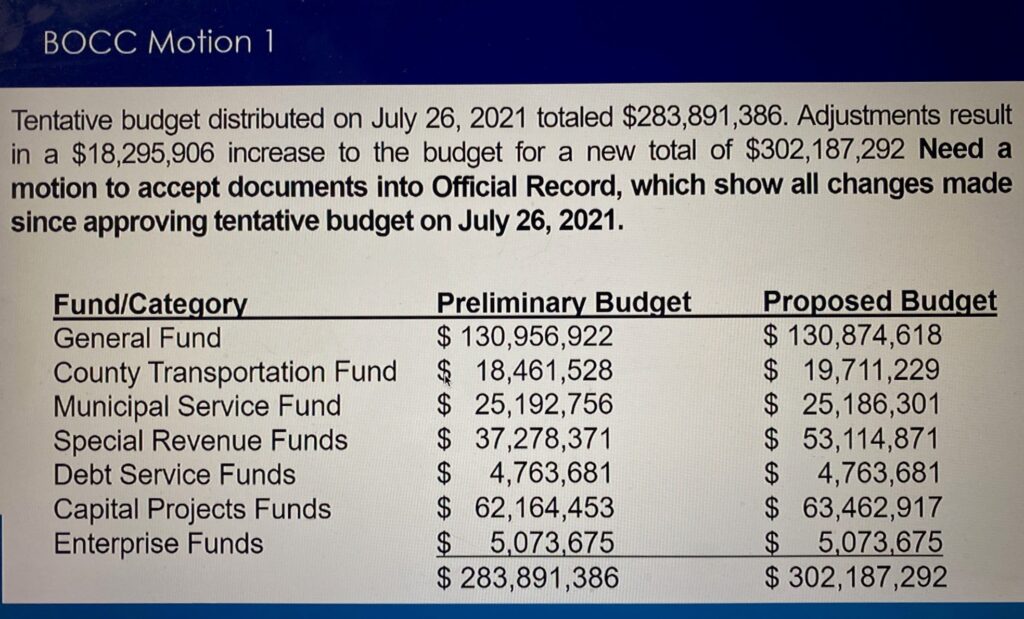 “It’s a double header for sure,” was a comment spoken by Megan Diehl, Director of the Office of Management and Budget, as she took to the podium during a marathon session of the Board of County Commissioners on September 13, 2021.

At one point, the Commission Chair Thomas Ford called for a 15-minute recess as the IT (information technology) team took to fixing a technical issue.

The Commissioners received a ton of public comments, both in person and remotely. Opinions were expressed on a wide variety of topics including individuals paying homage to the late former Commissioner Steve Kelly, criticism of how the County finances capital projects, complaints about beach driving and taxes.  In addition, criticisms of County Attorney Mike Mullin were received with one resident saying [current] “commissioners can either be a part of the cover-up or a part of the clean-up.”

Ms. Diehl was “the last at bat,” so to speak, and went about conducting a most meticulous discussion of the County’s FY21-22 Budget.  State law requires the County to hold two public hearings.  September 13, 2021 was the first and the final public hearing will be held on September 27, 2021 at 6PM. 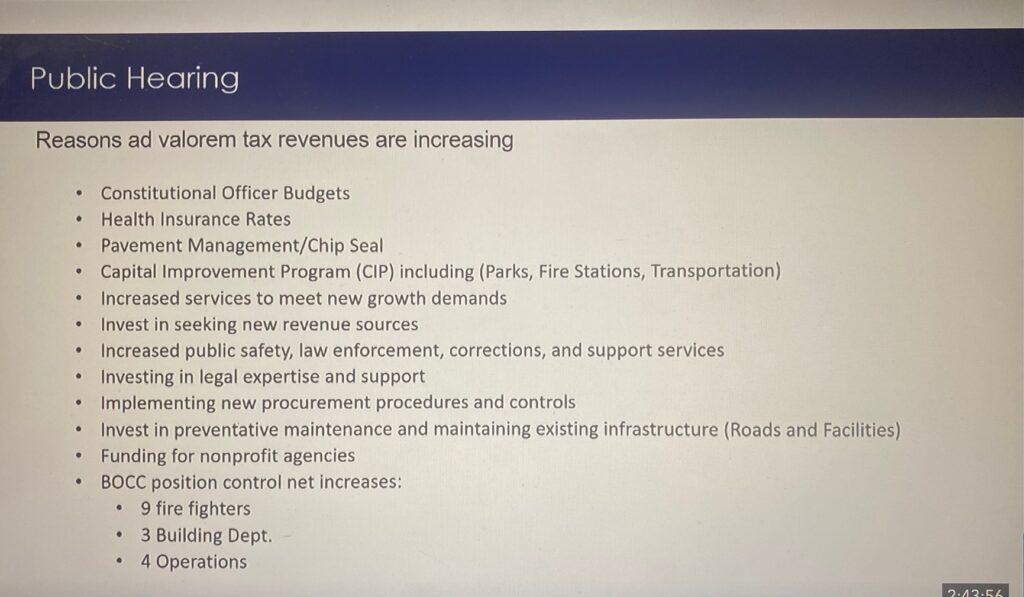 In addition and as a result of a special meeting held on September 8, 2020, it was officially announced that the proposed countywide millage rate will be 7.3238, down from the earlier approved rate of 7.4278. (The Rolled-Back Rate would have been 7.0810).

Also explained were the figures for other millage rates.  Those being:

At the end of Ms. Diehl’s presentation, the BOCC then voted to approve a tentative budget for FY21-22 in the amount of $302,187,292, to adopt the (aforementioned) millage rates and to set the final public hearing on the budget to take place on September 27, 2021 at 6PM.