Fernandina Beach City Commissioners (FBCC) gathered in a workshop session on September 7, 2021 to consider changes to the fee schedule for City services as part of crafting a budget for the 2021/22 Fiscal Year.  Commissioners, in response to citizen complaints, had raised the need to examine fees that the City charges for a wide variety of services to residents and the public at large.

Revisions will come to the FBCC for action in 2 weeks. 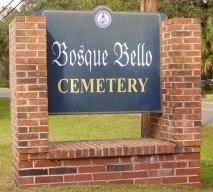 Commissioner Chip Ross said that the City loses money every year on the cemetery,  adding that when the Perpetual Care fund is exhausted, the City will be required to pay for all cemetery expenses.  He suggested raising the price of a lot from $1,000 to $2,000 for City residents and from $2,000 to $4,000 for non-City purchasers.  He also proposed raising the price of tree lots (for cremains) for City residents to $750 and for non-residents to $1,500.

Ross said that the proposed prices were in line with other surrounding cemeteries at the low end.

City Manager Dale Martin reported that the Parks and Recreation Department has engaged a consultant to look at the costs to provide both indoor and outdoor programs.  The consultant has done the same work for the County.  Because it will take 60-90 days to receive the consultant’s report, City staff is recommending to keep fees with youth ball leagues at the current year’s level until January 1, at which time new contracts can reflect changes.

Nassau County appears willing to make some in-kind contributions in lieu of providing funding to cover expenses for County residents who take advantage of City offerings.  Mayor Mike Lednovich reported that despite pleas for county funding by two league presidents at the last County Commission meeting, the County has taken no official action or position.

He reminded Commissioners:  “You were all at the meeting where [County Manager] Taco Pope looked me in the eye and said ‘Raise your fees’ [for non-City residents].”

Commissioner Bradley Bean said that he had met with league presidents who acknowledge that their participants are mostly County residents.  “Although it makes sense that [league activities] should be County programs, the way it is now is that they are City programs.  So they made a commitment to me that they will continue to lobby the County.  But in the meantime, I want to make sure that this dispute has little effect on the school children,” Bean said.  “I want to keep things the way they are now, because it would be a travesty to me if we take a stand with the County at the expense of some students who just want to play baseball.”

Ross emphasized that all local kids are County kids, and that kids from outside the County come to play in tournaments.  He expressed his willingness to wait for the consultant’s report before making changes.  “There are all kinds of costs,” he said.  “Hard costs and soft costs.  It doesn’t save us any money by having them mow the grass once a week, because we still need to have the equipment.”  He went on to say that the City does not get its fair share of sales tax from the county.  “The County needs to step up to the plate for all County kids, not just those who don’t live in the City,” Ross said.

Vice Mayor Len Kreger appreciated that families and league presidents are keeping pressure on the County Commissioners.  “We need to keep the pressure on the County; they need to pay their fair share.  Their answer always seems to be ‘Can’t we wait a year?’ or ‘We’ll do something in kind.’  I’m getting to the point that I really don’t have a lot of trust in their support at all.”

Commissioner David Sturges agreed the problem needs addressing, but he preferred to wait for the consultant’s report before making any changes in league fees.

Ross raised his concerns over the School Board’s lack of interest in helping out, citing the number of athletic fields and restroom facilities that are closed off to the public outside of school hours.  The Hickory Street ball fields are heavily used, and they abut School Board property.

Commissioners asked the City Manager to direct a request to the School Board to share their facilities after hours.  Bean suggested that the School Board will raise the issue of security.  Sturges said that the request needed careful wording to limit the scope of the request and demonstrate the City’s acknowledgment of the need for security.  Bean also requested that once again the City renew its request to remove the fence along School Board property on Atlantic Avenue; since there is no gate, the fence provides no security function.

Lednovich said that City taxpayers will subsidize the Golf Course in the next year in the amount of $100,000.  He said that the 10 percent differential for non-city residents should be raised to 20 percent.

Kreger suggested 25 percent, which would be consistent with fees charged to non-City residents for recreation programs and utilities.

Martin asked Commissioners to carefully review a memo from Planning Director Kelly Gibson that had been sent earlier in the day.  Martin said, “Some of the fees are related to the philosophy of ‘What is the direction the City Commission wants to take with respect to certain actions, like large scale FLUM amendments?’  If you want to discourage those, then you can raise the fee.  We can set these fees based on cost recovery, FBCC philosophy, or any other condition you want to impose.” 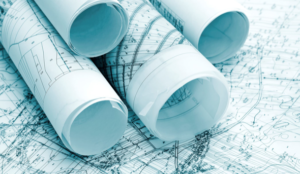 Kreger said that in his 12 years of involvement with the Planning Advisory Board and the FBCC, there had never been a discussion on philosophy as a fee driver.  “I know the undercurrent, but we need to discuss it publicly if this is the policy we want to adopt,” he said.

Ross said that he wants the fees to cover the cost of the work City staff must perform on each application.  He questioned the methodology of arriving at some of the recommended fees.

Bean said, “I don’t think we should be using fees to control planning.  I think we should use planning to control planning.  We have a great Planning Department and multiple committees to review applications.  I don’t want to place financial burdens on people.  I appreciate the work that has been done so far and would like to see a number that shows that fees are actually covering costs.”

Sturges said that his concern with Planning and Building fees is that they cover costs.  “I don’t want an approach that stunts or stops development, but I do want costs to be covered,” he said. 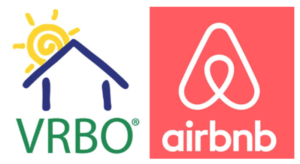 Ross suggested a change from $1,000 per violation to $1,000 per day in violation.  Martin reported that Code Enforcement is working with a firm to identify violators that generally fall into two categories:  those who were unaware that they needed to be licensed or who forgot to renew their permit; and those that are being rented outside the beach area where short term rentals are permitted.  The report will be shared with the Tax Collector and the Property Appraiser.

Ross said that the current one-time fine for a property that rents for $3-5,000 per day is no disincentive to scofflaws.  He wants a fine to be onerous for those people who do not follow the law.

Sturges asked for statistics on how often this problem arises, whether the violators are one time or habitual, etc.  He also questioned whether accessory dwellings are being used for short term rentals (less than 30 days) around the City.  He said that he would prefer to start with a $500 fine plus $250 per day.

Martin suggested that the FBCC make distinctions between those who made a mistake and those that knowingly violate the law.

Consensus: City Manager will recommend an enforcement mechanism and a two-tiered penalty system for short term rental violations:  1) areas where they are not allowed and 2) short term rentals within approved district but unlicensed.

Code Enforcement Office Michelle Foster said that the first offense will draw a warning.  Otherwise, when people come to pick up confiscated signs they are charged $25 per sign.  She said that with the exception of real estate signs, it is not generally possible to identify the party that placed the illegal sign.