Report: Mexican imports cost Florida farmers up to $4B in annual ‘lost’ sales 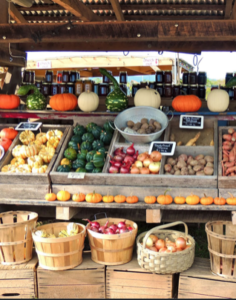 The Florida Department of Agriculture & Consumer Services (FDACS) this week released an 84-page report that documents how expanded Mexican imports annually cost Florida farmers up to $4 billion in “lost” sales, which “equates to between 17,870 to 35,741 Florida jobs lost.”

Imports of Mexican crops grew by 580% the last two decades, according to the report, which claims Florida’s market share for six crops – bell peppers, tomatoes, strawberries, blueberries, sweet corn, watermelon – have diminished up to 75% while Mexico’s share more than doubled.

“With agriculture as Florida’s second-largest industry, these unfair foreign trade practices and their devastating economic impact should be of grave concern to every single Floridian,” Florida Agriculture Commissioner Nikki Fried said Monday.

Fried said the state’s $137 billion agriculture industry and “Florida farmers are used to weathering challenges – from hurricanes to invasive species – and they are used to competition but they need timely and effective relief from the federal government to level the playing field, because right now, we know Mexico and others are not fighting fair.”

That pattern has continued, if not accelerated, under the United States-Mexico-Canada Agreement signed by President Donald Trump in January 2020, Fried said, adding Florida loses up to $88 million yearly in tax revenues from “lost” produce sales.

Fried, Florida’s only statewide-elected Democrat and among candidates seeking to challenge incumbent Republican Gov. Ron DeSantis in 2022, said the state’s Congressional delegation is doing its part to get the issue federal attention.

“The good news is we are seeing growing support among federal lawmakers demanding effective and timely relief,” she said. “In addition to unanimous, bipartisan support from Florida’s congressional delegation, we have seen senators and members from Georgia, Michigan, Minnesota, North Carolina, Pennsylvania, South Carolina and Washington also join this fight.”

Rubio is sponsoring the Senate bill, which is before the Senate Finance Committee.

“We must ensure the viability of Florida’s fruit and vegetable growers, who for years have struggled to compete with dumped and unfairly priced Mexican imports,” Rubio said. “I firmly believe that food security is national security, and that to ensure our nation’s food security we must defend our food producers from malicious trade practices that are intended to undermine our self-reliance.”

U.S. Reps. Vern Buchanan, R-Sarasota, and Al Lawson, D-Jacksonville, are co-sponsoring the House version, which has been forwarded to the House Ways & Means Committee.

Rubio and Rick Scott. Who would have guessed. Little farmers… or big farmers that now want to monopolize food sources and resources. https://www.reuters.com/world/china/china-unveils-600-kph-maglev-train-state-media-2021-07-20/

Hmmm, the rich agro folks push for “free trade” on a global scale, then complain when it hurts their profits back home. And it is the consumers and small farmers of both countries that get hurt the most in the long run.

Trade is only half the problem faced by Florida farmers. Labor is the other. Forget domestic labor. Regardless of the hourly wage offered (well above the minimum), locals won’t work the crop fields. And despite the H2A program, which the Department of Labor is making increasingly difficult to provide the necessary labor, farmers are left with employing undocumented migrants which are mostly Mexicans. But, in addition to Title 42, you’ve got anti-immigration congressmen and right-wing media stirring up their base by blowing their dog whistles, leaving farmers no choice but to grow less or abandon their crops on the vine and in the dirt. Followed by consumers crying about increasing food prices and blaming the current administration.