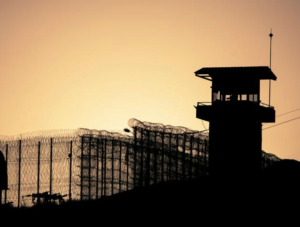 During their 2021 legislative session, Florida lawmakers pondered eliminating one, and perhaps up to four, state prisons to slash at least from $140 million from the Department of Corrections (DOC) $2.9 billion budget.

Despite a decline of nearly 20,000 inmates from 2019, DOC Secretary Mark Inch told the Senate Criminal & Civil Justice Appropriations Subcommittee on Feb. 17 that the proposal was “a shortsighted decision that could collapse the entire system.”

“What I see us facing is a pot of boiling water sitting on the stove,” Brandes told the committee. “We can either choose to release the lid and let some of that water boil over or we can put a brick on it, sit on top of it and let it blow us apart.”

The water may have boiled over this week when the DOC confirmed it is closing three prisons because of staffing shortages.

The DOC in a Friday statement said about 2,225 inmates and 1,200 staff at Baker and New River correctional institutions “will be temporarily reassigned to a neighboring institution. Staff will not lose their job or rank, as these measures are temporary.”

“These temporary actions do not impact our current population and will not result in the early release of inmates,” the DOC said.

On Thursday, Police Benevolent Association Corrections Chapter President Jim Baiardi told the Miami-Herald the DOC has 5,000 vacancies for corrections officers and that Inch told him there would be “temporary closures out of desperation.”

Inch “is going to be closing some prisons that are close to the other, temporarily, so he can redirect the staff and inmates to places where they can safely run the institutions for now,” Baiardi said. “It’s going to help but it’s going to have a minor impact. This is not the solution to the crisis. This is a temporary Band-aid. The number of officers moving is not going to solve the vacancy problem.”

“Unfortunately the crisis we have been talking about at #Florida Department of Corrections has now reached a tipping point,” Brandes tweeted Thursday evening. “Make no mistake these are desperate emergency measures to address an understaffed and under-resourced agency that the legislature has known about for years.”

Lawmakers ultimately approved a $72-million increase in the DOC budget that included $26.1 million to shorten guards’ shifts from 12 to 8.5-hours to alleviate DOC’s turnover rate – 42% of new employees left after one year, 57% after two.

The DOC Friday said “measures implemented to address staffing” include: