Pump prices could climb 10-20% because of Ida’s impact on gas refining, piping.

Yes, Hurricane Ida is likely to hit Floridians — not with the devastation being revealed Monday in Louisiana, but through economic impacts flowing from gasoline production and distribution facilities smacked there. 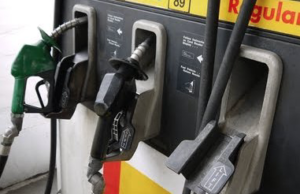 The group issued that caution while reporting that gas prices dipped again last week in Florida, to an average of $2.95 per gallon Sunday, a small comfort in advance of the coming storm damage ramifications.

A 10-20% increase in price is possible as the Louisiana-based oil industry deals with what Ida has wrought, AAA projected.

More than 90% of offshore oil rigs in the Gulf of Mexico were shut down and evacuated before the storm. That amounts to 15% of US production.

Colonial Pipeline — which carries diesel and gasoline from Texas to states along the eastern seaboard including to North Florida — was shut down on Sunday as a precaution.

“Drivers will almost assuredly see gas prices rise this week, because of Hurricane Ida’s effects on the Gulf Coast,” Mark Jenkins, spokesman, AAA — The Auto Club Group said in a news release. “Based on overnight movement in the futures market, a 10-20 cent jump at the pump is not out of the question. Where gas prices go from here will depend on the extent of the damage and how long it will take for fuel production and transportation lines to return to normal.”

For now, the average price for gasoline in Florida is $2.95 per gallon, down three cents from last week.

That represented the continuation of a slow but steady decline over the past several weeks.

The state average had set a new 2021 high of $3.03 on August 5th. A week ago, it appeared that prices were poised to decline even further, after futures prices plummeted, in response to the spread of COVID-19.

However, futures prices rebounded last week, due to concerns about what the storm could do to the Gulf Coast fuel supply chain. Sunday night, futures prices spiked again in overnight trading.

Nationally, the average price of a gallon of gasoline was $3.15 Monday morning, AAA reported.

Florida’s best prices were found in Punta Gorda, where drivers were paying an average of $2.80, AAA reported. That was followed by Tampa-St. Petersburg-Clearwater, $2.87; and Orlando, $2.88.