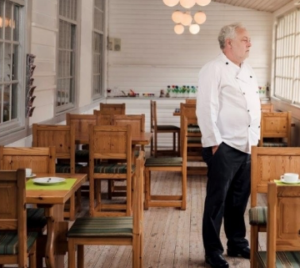 Just as post-pandemic normalcy appeared within reach, the delta variant that fueled a resurgent COVID-19 pandemic this summer is changing consumer behavior “in a manner that is beginning to put acute pressure back on the restaurant industry,” the National Restaurant Association (NRA) is warning.

In a letter Monday to Congressional leadership, the NRA and state restaurant associations, including the Florida Restaurant & Lodging Association (FRLA), are calling for “swift replenishment” of the Restaurant Revitalization Fund (RRF) managed by the U.S. Small Business Association (SBA).

The $28.6 billion RFF, signed into law by President Joe Biden in March as part of the American Rescue Plan Act (ARPA), provided relief to more than 100,000 restaurants and other food and beverage businesses across the nation.

When the program was discontinued in July, there were more than 177,000 restaurants with pending RFF applications before the SBA, including more than 11,500 Florida restaurants with “stabilization funding requests” totaling nearly $2.7 billion, according to the FRLA.

“There are thousands of Florida small business owners stuck in limbo waiting to find out if Congress will act to provide the stability they need to make it through this new pandemic threat and into the future,” FRLA President/CEO Carol Dover said in a Monday news release, referring to several proposals to allocate $60 billion to replenish the RFF.

“The rise of coronavirus variants like delta threaten to push these restaurants closer to permanently closing their doors,” Dover continued. “It’s time for Congress to step in and fulfill the promise of the RRF.”

According to the FRLA, about 17,200 Florida restaurant operators applied for RFF grants totaling $4 billion, but only 5,700 received $1.3 billion from the program.

The NRA’s nationwide online survey of 1,000 adults conducted Aug. 13-15 found a majority have changed their dining behavior in response to the resurgent pandemic.

The change “is beginning to put acute pressure back on the restaurant industry. This faltering consumer confidence comes on top of restaurant labor costs at a 10-year high, increased food and supply prices, continued labor shortage issues and crushing long-term debt loads for countless restaurant owners,” the NRA states.

“We concluded that a majority of consumers have changed their dining behavior in a manner that is beginning to put acute pressure back on the restaurant industry,” NRA Executive Vice President Sean Kennedy said. “This development comes on top of food and labor costs that are increasing at their fastest pace in several years, continued indoor capacity limits in 11 states, and crushing long-term debt loads for countless restaurant owners.”

Florida’s restaurants took it on the chin during late-March through May 2020 statewide lockdowns that idled much of Florida’s $90 billion leisure/hospitality industry, forcing 1.3 million Floridians into furloughs or layoffs.

According to Florida Chamber of Commerce chief economist Dr. Jerry Parrish, the state has “recovered” 950,000 jobs with 63% of the 315,800 that remain “lost” since the pandemic – or approximately 194,000 jobs – are in the state economy’s leisure and hospitality sector.

We will never be out of this nightmare unless people get vaccinated. I dont understand the resistance. I feel sorry for kids who cannot be vaccinated and for those who have done what has been asked for 18 months. Everyone else who is resisting for political reasons, just seems like adolescent selfishness.

Eric, Call me selfish if it makes YOU feel better, but we still don’t know what this mRNA shot is going to do to those vaccinated, I refuse to get the shot. What effect will this have on your body in 5 years, what about transgenerational effects? If you’ve been vaccinated, you shouldn’t even worry about those who haven’t. In my opinion, there are too many unknowns about any long term effects. I stay at home most of the time and wear a mask when in public. Hopefully, you won’t suffer any major side effects, but for me, this has nothing to do with politics and everything about my personal choice about my health.

Fair enough. We agree to disagree, I don’t understand the hesitancy, we DO know what the virus does and I am willing to take a calculated risk so I can enjoy life again. If I was worried about what might happen, I certainly would never get in a car on I-95. You are correct however, you have to make your own choice, I may not like it or agree but it is your choice, not mine. I hope we can get out of this pandemic some time soon. The last 18 months have been awful and it seems we take 10 steps back for every five forward.

Your fears about vaccine effects 5 years down the road or transgenerational effects have no basis in science. Not a single developed vaccine has ever shown side effects that weren’t discovered within the first 8 weeks of being administered. We’re way past that.

Nearly everyone that I talked to who has not had the vaccine are severely misinformed. They quote a handful of unreliable sources, especially Fox News. Vaccine mandates have shown to increase vaccination rates considerably. It shouldn’t take someone’s family member dying to get them to change their mind.

I would support a renewal of the restaurant relief program on one condition. If restaurant owners accept federal assistance they must require vaccinations for all employees and customers.

Until the conversation around vaccination includes natural immunity I am suspect of your logic and motives.