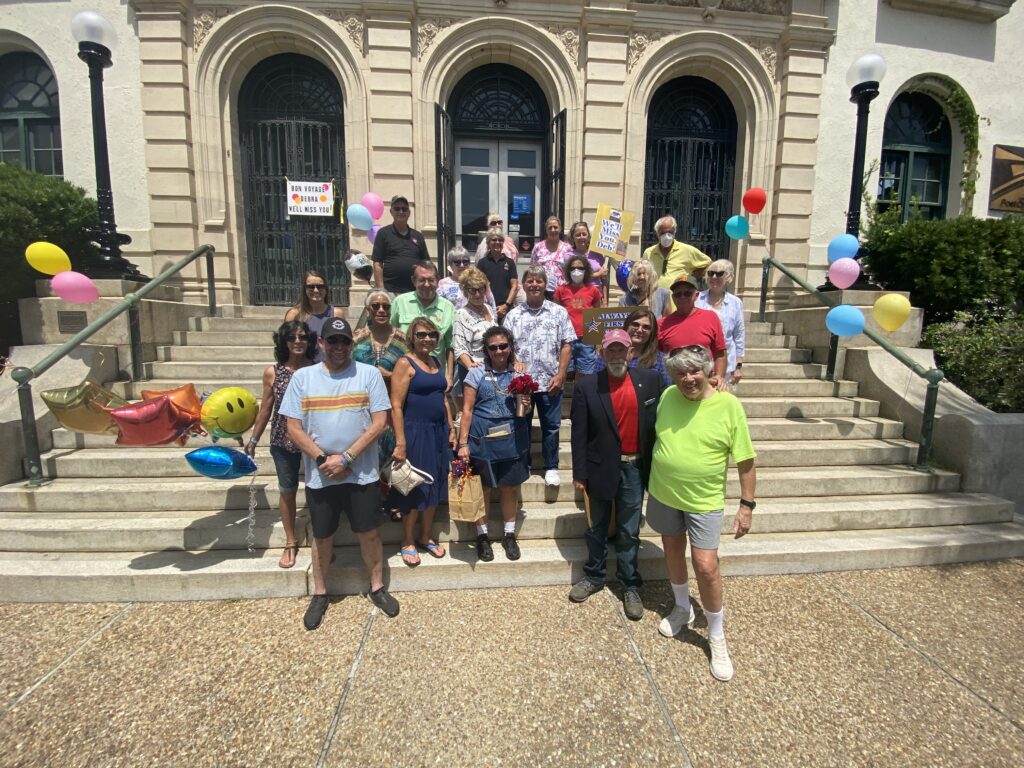 More than two dozen people gathered under sunny, hot summer skies on August 25, 2021, to bid a fond farewell to Debbie McCullough, the USPS employee who has single handedly staffed the Historic Fernandina Beach Post Office Building on the corner of Centre and North 4th Streets for the past many years.  A 42-year Postal worker, McCullough devoted the last 28 years to service from the Historic Post Office, where she became a part of the downtown family of residents, businesses and visitors.  Her friendly personality and her in depth knowledge of Postal Service rules and policies earned her high marks from all who frequented her counter.  When she announced her retirement to some of the friends she had cultivated while working downtown, they decided she deserved a proper send-off.  And so the campaign to honor Debbie McCullough’s service began. 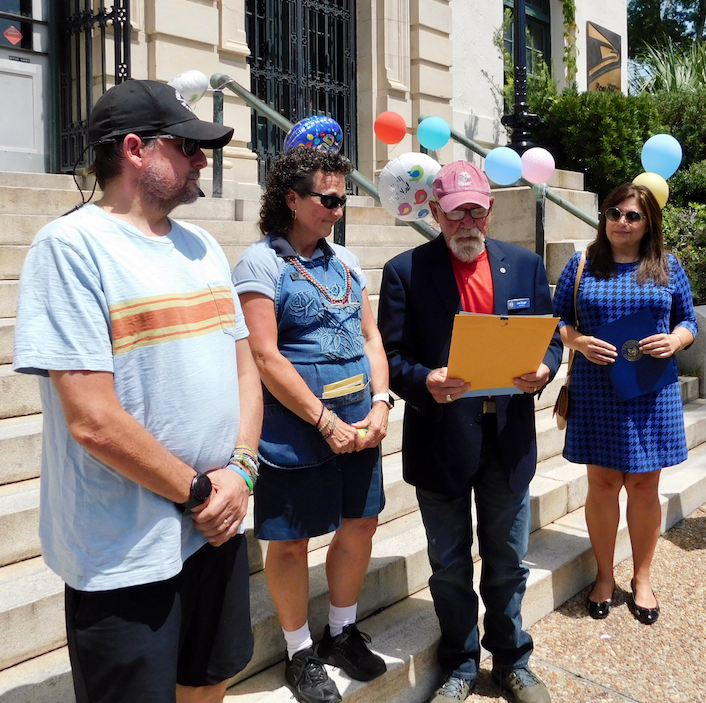 Among the many who turned out to wish her well were Fernandina Beach Vice Mayor Len Kreger and former Mayor John Miller.  Standing in for U,S, Representative John Rutherford was Momi Maispeis, Rutherford’s Director of Constituent Services for Nassau County.  During a brief ceremony, Kreger read a City Proclamation of appreciation for McCullough’s years of service to the City.  Maispeis read a letter from Rutherford, praising and thanking McCullough for her dedication and strong service commitment. 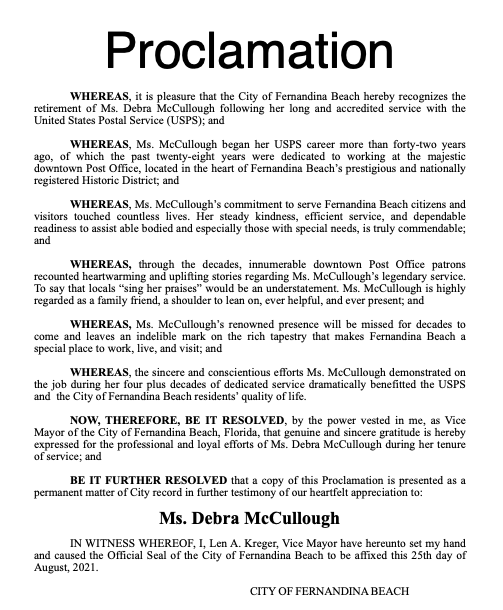 Many people offered personal congratulations to McCullough, who declined to make remarks and at times seemed overwhelmed by the attention and heartfelt sentiments.

Event organizers Joan Cory and Emily Carmain decorated the Post Office railings with balloons and provided signs to show the public’s appreciation for the sole downtown Postal Worker who had toiled alone for so many years in the old Post Office Building following the move of the main Postal operations to a new facility on Sadler Road.

On behalf of the community, the Fernandina Observer adds its congratulations and best wishes  to Debbie McCullough for a happy retirement as well as its thanks for a job well done.

Although unable to attend yesterday’s event, I join with so many others in wishing Deb McCullough a wonderful retirement. Deb has given so much of herself to our beautiful community over the years and she will be missed. With great affection and respect,

I made a trip to the post office on Thursday to personally congratulate her on her retirement. We will all miss you. Deb, “your the greatest”.