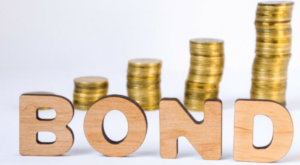 At their August 17, 2021 Workshop, Fernandina Beach City Commissioners (FBCC) considered one item:  the possibility of crafting a bond referendum that would go to City voters in November 2022 for an up or down vote.

Why consider a bond?

The City of Fernandina Beach is facing many, expensive challenges.  Due to climate change and rising sea levels, it is becoming increasingly urgent that the City take action to protect shoreline property from inundation during storms and extremely high tide.  The downtown area has already experienced significant flooding during heavy rain events.  The areas along Egans Creek are also at risk.

Downtown infrastructure needs upgrades or replacements.  The last major upgrades to the Central Business District occurred in 1978.  Since then, sidewalks and pedestrian lighting have deteriorated, and landscaping needs refreshing.

Beach accesses have become unsafe or otherwise in need of attention.

City Hall, which is over 100 years old, needs rehabilitation to accommodate needs of a modern city.

There is also the goal often expressed by the public of adding land to conservation to prevent the destruction of tree canopies and fragile ecosystems.

Any one of these projects is a big ticket item for a city of 12,000 to handle.

Time to stop kicking the can down the road? 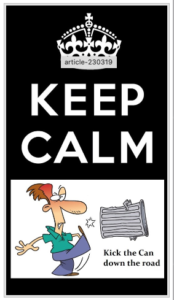 This City Commission has expressed a desire to solve some of these long-standing problems by issuing a bond to finance some, but probably not all, of the City’s capital needs that have grown more serious over the years.  The solution lies in funding the improvements.  And that’s where past Commissions have fumbled.  Should today’s taxpayers bear the entire burden of fixing problems that they did not create?  Or should the costs be spread among those who live in the City today and those who will be able to reap the benefits of the investment in the future?

So the choice for Commissioners is:

At their August 17 workshop, Commissioners were asked to agree upon and prioritize projects to be funded under a General Obligation Bond (GOB). During their discussions, they considered many projects, but came to consensus on the following three:

Commissioners agreed that projects considered for bonding should benefit the largest number of citizens throughout the City.  Infrastructure and resiliency, Commissioners agreed, were of vital importance to the future survival of the island and the City, both physically and economically.

Commissioners acknowledged physical needs of City Hall but balked at building a new one at this time.  Commissioners spoke to the history and tradition of the current building, agreeing in general that the building should be rehabilitated and retained as City Hall.  Suggestions that City Hall could move to the Peck Center were quickly dismissed both because the general feeling is that City Hall belongs downtown, and the Southside Community considers Peck Center an integral part of their tradition and community.

Mayor Mike Lednovich reminded Commissioners. “This is a directional list to staff.  It is not a final list.  It’s giving staff guidance on what to bring back to us.”

There has been no decision to move forward with a bond referendum at this time.  Should the FBCC decide that bonding is the best way to pay for some longstanding capital needs, the question will be put to City voters to make the final decision, probably in November 2022.

A grand display of ineptness of the many city commissioners this century. Now, the taxpayers are asked to pay for it. We can pay a lot with raised taxes or a little over a long period. If we pay with higher taxes, that sets the tax bar higher, so our taxes go up from there. If we bond, we encourage mismanagement and send a message that bonding will enable future lunacy. Good choices to have.

Shoreline stabilization, sea level rise, climate change are all the latest rage. Why should citizens pay for the protection of private property instead of those property owners? How much real property damage is being caused by the Front Street flooding during king tides and heavy rain storms? Should this be the top priority when there are so many city facilities in desperate need of rehabilitation? Do you think that more federal/state assistance will be available in the future and the stabilization project other than city property can wait? What about parking capacity expansion?

Whatever the final decision, unless the Commissioners define a specific list of projects with accurate cost determinations, the support of a GOB is going to be difficult to obtain.

Dave always presents good food for thought. Does anyone in the city, east of First Avenue, benefit from a multi-million dollar seawall? Maybe a Special Improvement District, based on elevation above sea level, is in order.

Other than a lot of vacant lots and a few occupied lots, the largest infrastructure worth protecting is Front Street itself and, of course, the railroad tracks. Will the railroad be contributing to the financing? What about DOT grants?

Folks were promised an up or down vote on conservation. That option was removed from the previous balloting due to the pandemic. Promises made by elected officials should be kept.