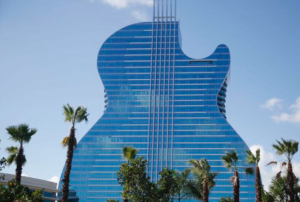 Citing anticipated revenue boosts from online sales taxes and the Seminole Tribe gambling compact, state economists say Florida lawmakers could have up to $2.6 billion more to spend than previously forecast when they convene their 2022 legislative session in January.

According to projections revised Wednesday during a General Revenue Fund Revenue Estimating Conference (REC), through June, the state collected $2.4 billion more than forecast between April and June.

The REC is comprised of economists from state agencies, the Governor’s Office and the Legislature’s Office of Economic & Demographic Research (OEDR) who meet regularly to update economic projections. Lawmakers rely on OEDR data and REC forecasts to build the state’s budget.

The REC overall estimated general-revenue collections for this fiscal year – Fiscal Year 2022 (FY22), which began July 1 – are now $1.4 billion above April projections; FY23 projections are now about $1.2 billion higher than the previous forecast.

“After Florida’s economy shrank 0.5% in FY20, it appears to have grown 2% in FY21,” the REC summary reads. “The turnaround was led by a stronger than anticipated response to the back-to-back federal stimulus packages in December 2020 and March 2021, coupled with a faster than expected reopening of the economy in the last quarter of the fiscal year.”

The economists attributed the sales tax surge to pandemic-related spending or, more precisely, pandemic assistance spending by individuals and governments, noting, “Sales tax had benefited from … behavioral changes over the past 17 months.”

“We know people had more money to spend on goods, because they weren’t able to spend on services,” OEDR Coordinator Amy Baker said. “The big challenge for us today was trying to figure out over the course of this year is, when does that shift back to normal occur and how smooth will that be?”

The revised revenue boosts include the July 1 implementation of a long-debated online sales tax bill and newly-signed 30-year gaming compact with the Seminole Tribe of Florida.

After three years of debate, Florida joined Missouri in 2021 as the last of the 45 states that levy sales taxes to tweak tax regulations in the wake of 2018’s South Dakota v. Wayfair Supreme Court ruling to collect sales taxes from online retailers.

Passed by the House and Senate on April 8, Senate Bill 50 mandates online retailers that sell at least 200 items or $100,000 worth of items remit the state’s 6% sales tax to generate an estimated $1.3 billion annually for state and local governments. It went into effect July 1.

The revised projections also include the REC’s analysis of the gambling compact, which projects Florida will collect “at least $2.5 billion by the end of the fifth revenue sharing cycle” of the 30-year deal.

How the delta variant will affect the economy is a concern, especially regarding Medicaid enrollment. Earlier this month, the Social Services Estimating Conference forecast more than 5 million Floridians will be enrolled in Medicaid when FY22 ends, 1.3 million more than on June 30, 2019.

“You don’t know if (the delta variant) is going to cause more budget amendments, that would reduce how much money is available,” Baker said. “We don’t know how bad it will be or how long it will last, so, we don’t know how people will respond. There’s some belief that a number of people are already going back to their online shopping behaviors.”