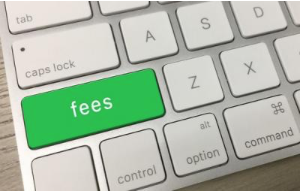 Each year prior to final adoption of a budget for the new fiscal year which begins in October the Fernandina Beach City Commission (FBCC) by ordinance sets fees for services performed by each City Department.  The amended Master Fee Schedule consists of fees levied by the Airport, Building, Business/Code Enforcement, Cemetery, City Clerk’s Office, City Manager’s Office, Fire, Golf Course, Marina, Parks and Recreation, Planning, Police, Sanitation, Stormwater, Streets, Wastewater, Water, and Impact Fees, excluding Water and Wastewater Impact Fees. The City recommends these fees based on the cost to provide the services and facility rentals.

This year when presented with proposed Ordinance 2021-26 and an amended Master Fee Schedule at their August 17, 2021 Regular Meeting, Commissioners balked, approving the ordinance on first reading with the stipulation that changes be made prior to final adoption in September.

Commissioners called for a workshop prior to the Second Reading to discuss proposed fees and revisions.  That workshop will be held on September 7, 2021 at 5:00 p.m. preceding the FBCC Regular Meeting.

Commissioners expressed concerns that some fees, notably those in the Planning and Conservation Department, are too high, while others at the Golf Course and in the Parks and Recreation Department needed to be higher for non-city residents.

Click here to see the Master Fee Schedule as presented at First Reading.

Following a motion by Commissioner Bradley Bean and a second by Commissioner David Sturges to approve the Master Fee Schedule, Vice Mayor Len Kreger began the discussion by reminding Commissioners that the City had approached the Nassau County Board of Commissioners (BOCC) on two separate occasions asking for financial assistance to allow the City to continue providing recreational services to non-city residents.  On both occasions, the BOCC denied the request, suggesting that if the City needed additional revenue, it should raise its rates.

Kreger said, “I think we need to raise non-resident fees significantly—at least 50 percent, maybe 100 percent.  We’ve supported non-resident use of our recreation programs and facilities forever, and it’s time to collect the money, since the County has refused to assist us in any form.”

Kreger continued on a different matter,  “I’m also concerned with some of the Planning fees, which are outrageous, I believe. In discussions I’ve been told on two separate occasions that the [high fees] are part of [the City’s] no growth policy.  I don’t know that we have a no growth policy.  I know that people want to limit growth, but to charge exorbitant fees is unacceptable.  So I’m not going to vote for this fee schedule [as presented].”

Commissioner Bradley Bean said that Kreger had raised some excellent points and that he too wanted to see changes before the Master Fee Schedule is adopted.

Commissioner Chip Ross raised a concern over fees for violating the short term rental policy.  He suggested changing the current $1,000 fee to $250 per day of violation.  He also questioned why, if the City does not collect fees from Uber drivers, it should collect fees from taxi drivers.  His third point dealt with illegal signs, which he proposed should be $25 charged per sign.  His final question was why the golf course and marina fees were included at all since previously the FBCC had agreed to let the operators set their own fees.

Commissioner David Sturges echoed the need for changes, especially on the Planning side.  “Some of those fees are astronomical and don’t really need to be as high as they are,” he said.

Mayor Mike Lednovich agreed with concerns raised by other commissioners, announcing that he would vote to approve the ordinance on First Reading with the understanding that changes would be made prior to Second Reading.  He supported the inclusion of golf course fees, taking issue with non-residents only required to pay $100 more than residents for membership.  “[City] taxpayers pay and support the golf course,” he said. “County residents pay nothing to support our golf course. That fee needs to be 25-40 percent higher if you live in the County and use that amenity,” he said.

Lednovich continued, “The Vice Mayor is correct that essentially the county told us when we asked for financial assistance [to maintain recreational facilities]: ‘Raise your fees.’”  He cited fees charged for swimming lessons as insufficient.  “Send the message,” he said.  “This is the CITY pool.  County, you pay no taxes to support the City pools.”

The Mayor recognized 3 public speakers.  Two of the speakers were county residents;  all are volunteers involved in a variety of team sports that are played on City fields.  Speakers said that while they understood the City’s position, they did not want to see children suffer due to the disputes between the City and the County on funding for recreation.  They pointed out the irregular City boundaries, which make it difficult to determine who lives in or out of the City, as well as the 32034 ZIP code that extends to addresses outside the City.  Children who live in the County may attend schools in the City, which complicates the situation even more.  Speakers addressed their fears that adding additional fees to those children who play team sports may push them out of sports.

Commissioner Chip Ross responded to public concerns.  “Here’s the challenge,” he said.  “We are a city of 12,000 people, yet we have 1.6 million people crossing the bridge each year to use our stuff. Non-City people are using our ballfields, and we are stressed.  We can’t afford it anymore.  So the County just came up with a recreation master plan that calls for spending $140M over 10 years.  And you know how much of that was to go to the city?  If you said anything other than zero, you’d be wrong.  So they’re not going to give us any money, and we are frustrated.  We all support kids; they are our future.  But you need to go talk to [County Commissioners] and say, hey, we’ll work with you.  Because we’ve done it many times, and all they do is turn away from us.”

“Yes,” Ross said, “I believe all kids should be able to play for free, if we could pull that off.  But we can’t.  There is a cost to mowing the grass, doing this, doing that.  It’s expensive to keep all these sports fields maintained.  It’s not sustainable what we’re doing.  If you can go to the County and get them to help us, we can all work together.”

Lednovich said, “I agree with Commissioner Ross.  The County has put us in an untenable position.  ‘Go raise your fees,’ they said.”  Directing his remarks to the speakers, he added, “I appreciate your coming here.  But you need to go to the next BOCC meeting and tell the County Commissioners that by their telling the City to raise fees on County residents, this is the impact on COUNTY kids.

“I consider them all OUR kids.  But this is a result of the County making a conscious decision not to support recreation in this City.  I support our kids but this is a conundrum.  The County’s got to put some skin in the game. This has been going on too long.”

The ordinance passed unanimously on First Reading with the understanding that more work needs to be done to address concerns identified by Commissioners before final passage.

Finally the FBCC is telling it like it is on non-resident fees. And shame on the BOCC for refusing to contribute! I’ve seen this problem in the water aerobics program. The classes get crowded, more classes are added, more teachers are needed for added classes, more lifeguards are hired for pool supervision the facilities need constant upkeep. All this costs money for city taxpayers. Growth off the island exacerbates the problem. It’s time to end this “gift” to non-city residents and time for the county to step up!. Non-resident fees should be raised on all city programs. I’ve heard people brag that they bought homes outside the city because the taxes are lower. It’s time to pay-up or talk to the BOCC about lack of county-funded programs for taxpayers. One last thought….Fernandina Beach residents pay county taxes also.

I agree with making non-City people pay a higher price than city residents. However, the City has to be very careful at the golf course not to chase off non-residents with non-competitive rates. With the Amelia River Course a nearby neighbor, there is stiff competition for players. Higher fees may be the tipping point for some golfers.

You need a permit to change your WATER HEATER??? That is the most ridiculous thing I’ve ever heard of.

But I do agree with Bruce Smyk. It shouldn’t even be up to discussion that non-city residents pay more than residents since residents pay the taxes that keep the city running.

Ever heard of a water heater exploding or starting an electrical fire due to improper electrical connections? It is a safety measure as water heaters are hard-wired and not simply plugged in. Installing on a circuit with insufficient amperage is an invitation to a fire. I agree that some of the fees are too high, but those related to safety are necessary.

A good move on the part of the Commissioners. Parents should know whether they live inside or outside the city limits – all they have to do is look at their tax bill or go down to the P&R Department and request a city resident ID and they will quickly find out. The county doesn’t provide much, if anything, in the way of youth sports programs due to the lack of facilities. That may change over the next decade with its recent commitment to a P&R master plan.

The position of the county’s BOCC once again illustrates their “us vs. them” attitude forgetting that city residents are also county residents and pay county property taxes.