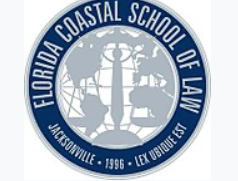 We are very disappointed with the court’s ruling.  Our team made a compelling case that the Department of Education’s decision to deny our eligibility to participate in federal student financial aid programs was arbitrary and capricious.

The Court improperly gave credence to the Department’s conclusion that routine ABA accreditation findings indicated Coastal was not providing services to its students.  That is not true.  The ABA did not say that Coastal was not providing services.  Rather, it found that certain aspects of the school’s programs and services required improvement, which is a normal part of the accreditation process. The ABA determined that these routine compliance issues did not warrant sanctions.  In fact, the ABA provided Coastal additional time to resolve those issues to demonstrate compliance, and it was in the process of doing so prior to the Department’s actions.  Further, Coastal was on track to enroll a larger, academically stronger, and more diverse entering class for the Fall of 2021.

The Court also expressed concern that Coastal had made statements to the Department in two emails that it was in full compliance with ABA Standards. The school was, in fact, fully accredited by the ABA at the time, which is what the school intended to convey.   These statements were inadvertent and obvious misstatements and were in no way intended to misrepresent the school’s status with the ABA.  The ABA’s findings were a routine part of the accreditation process and Coastal had no reason to hide them from the Department.  It is also important to note that these statements were made in private communications between the Department and the school and not to students or the public at large.

The Court’s ruling is unfortunate because the school has been in discussions with multiple parties interested in acquiring the school, including a 110-year-old nonprofit institution.  These opportunities are substantially jeopardized by the Court’s refusal to restore Coastal’s access to student assistance funds.  While consummation of these transactions would have likely resolved the Department’s concerns about the school’s financial condition, the Court did not meaningfully consider these options.

Coastal’s reinstatement into the Title IV program would have enabled the school to continue offering its JD program.  It thus could have continued pursuing its mission of diversifying the nation’s least diverse profession and stay on the track of continuous improvement.  In the last five years, approximately 43% of Coastal’s 855 graduates comprise racial and ethnic minorities including approximately 27% African Americans.  Today, roughly 40% of its students are minorities and roughly 60% are women.  The school has been honored for its commitment to diversity and inclusiveness.

With respect to bar examination performance, the school’s graduates have been competitive with those of its peer institutions in recent years.  Coastal graduates scored six points above the state average on the most recent bar examination.  Coastal has also had a profound social and professional impact throughout the region.  It has contributed over one million pro bono and clinical hours and graduated students who are leaders in the state and local bar association, judges, law partners, prosecutors, public defenders, and legislators.  It is deeply saddening that the Department has threatened the existence of such a valuable asset to the Jacksonville legal community.

If you have questions or need additional information, please contact Kelly White at kelly@kwhitecommunications.comor 904-616-8754.