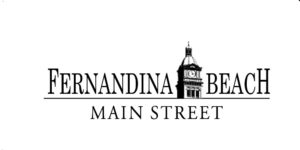 On Saturday, August 21, 2021, the Ship Off Parade will be held to send off the Foar From Home boat, Courageous. Line up will begin at 9AM at Central Park in Fernandina Beach on Amelia Island. The parade will kick-off at 10AM and follow the normal parade route, west on Ash Street and east on Centre Street.

Foar From Home is a group of four local veterans, Paul Lore, A.M. “Hupp” Huppman, Billy Cimino, and Cameron Hansen, representing four branches of the Armed Services (Marines/Navy/Army/Air Force). In December, this group will cast off from the Canary Islands, Spain, and row unsupported across 3,000 miles of the Atlantic Ocean to Antigua. The Talisker Whiskey Atlantic Challenge will be the ultimate journey of their lives. Their row aims to raise funds and awareness for their campaign to defeat Veteran Suicide and PTSD.

In early September, their boat, Courageous, will be shipped to the United Kingdom for inspection and preparation for shipping to the starting line for the Challenge in the Canary Islands. The Ship Off Parade will be a small-town celebration and send off for this boat, its crew, and their mission.

Thanks to the Observer and Main Street as well as our beautiful community for all your support!!

Good luck and have a very safe trip.