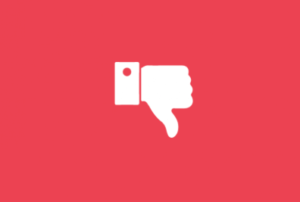 Florida will not appeal a federal judge’s injunction against implementing a law that caps early campaign contributions to citizens’ initiatives committees sponsoring prospective constitutional amendments at $3,000.

In granting the American Civil Liberties Union of Florida’s motion for a temporary injunction, Winsor’s order – issued the day SB 1890 was to go into effect – prohibits the Florida Elections Commission from enforcing the contribution cap.

Winsor determined Florida has “no significant interest” in limiting political speech in the form of donations to political committees engaged in petition drives to get proposed constitutional amendments before voters.

SB 1890, sponsored by Sen. Ray Rodrigues, R-Estero, and carried by Rep. Bobby Payne, R-Palatka, in the House, was adopted in partisan votes; 23-17 in the Senate and 75-40 in the House. It was signed into law by Gov. Ron DeSantis on May 7. The ACLU filed a federal lawsuit the next day, claiming the law violated the First Amendment.

The bill capped donations to committees backing proposed constitutional amendments at $3,000 until 222,898 validated voters signed onto the petition, warranting a mandatory state Supreme Court review. Afterward, no caps apply in attempting the secure the 891,589 signatures necessary to qualify for the ballot.

The bill was labeled the “John Morgan law,” referring to the Orlando attorney and his law firm, which kicked in more than $6 million for 2016’s ballot measure legalizing medical marijuana and nearly $5 million in support of Amendment 2, which voters approved in November to raise the state’s minimum wage to $15 by 2026.

“It was unconstitutional when DeSantis signed it, and he knew it then and knows it now,” Morgan told the Orlando Sentinel.

The attorney general’s office attempted to convince Winsor to dismiss the inunction petitions in June 14, maintaining the restriction is “a temporary, targeted cap” that applies only until supporters can qualify for the ballot and ensures “that funding for the initiative has not been provided by a small handful, or even a single, very well-heeled special interest donor.”

“It is unclear why this would matter for First Amendment purposes,” he wrote.

The Florida Division of Elections lists 36 active citizen-initiated amendment drives, including 18 filed in 2021. All would have been subject to SB 1890’s cap.

In anticipation of the cap going into effect July 1, petition sponsors funneled millions into committees in May and June, including $62 million pledged to back or challenge three November 2022 ballot measures.

After Winsor issued the injunction, committees continued collecting uncapped contributions, including for the recently-filed proposed amendment to legalize sports betting bankrolled by $10 million each from DraftKings and FanDuel.

Jacksonville-based Florida Voters In Charge, which received a $17 million from the Las Vegas Sands Corp., is sponsoring two proposed amendments. One would authorize three new casinos, and the other would allow businesses with active cardroom licenses to offer casino gaming.

Florida Realtors’ Orlando-based Floridians For Housing committee has raised more than $13 million, including $8 million in June, for its proposed amendment, “Affordable Housing – Protects affordable housing funds from being used for non-housing purposes.”