Each budget cycle Fernandina Beach City Commissioners (FBCC) address requests for grant funding from local non-profit agencies. This year the City allotted $100K to this end, and Commissioners decided the allocation at their August 3, 2021 Regular Meeting. Although 19 organizations and agencies requested a total of $228,000 in financial assistance from the City, only four received funding: Nassau County Council on Aging ($50,000); The Barnabas Center ($30,000); Starting Point ($15,000); and Micah’s Place ($5,000).

Commissioners seemed uncomfortable in having to make this decision in a public setting. Representatives of many of the requesting organizations were in the audience. Prior Commissions have employed a variety of ways to allocate these funds, but in no case have all requests been funded in a single budget cycle. 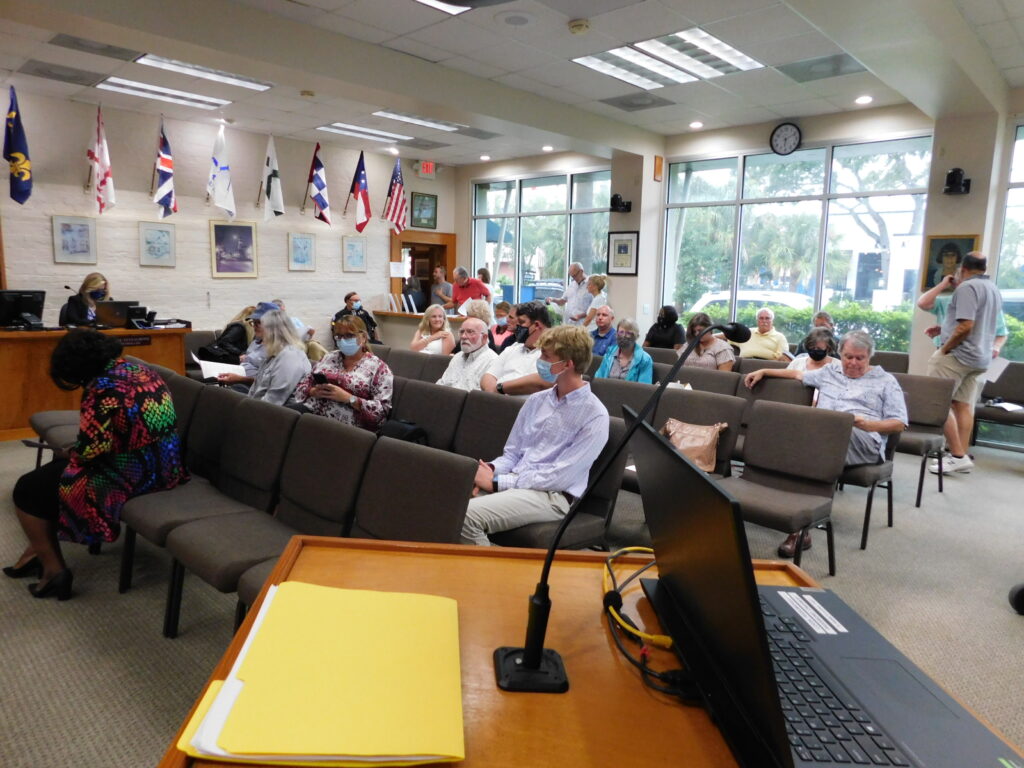 Mayor Mike Lednovich expressed his dilemma in trying to find a way to provide some assistance to as many agencies as possible in a “fair and equitable way.” He was uncomfortable, he said, picking winners and losers. He acknowledged that if the FBCC were to fund the amounts requested, the top 4 of the 19 requestors would exhaust the available funding.

Commissioner Chip Ross said that under the current economic and health situations, he believed that the funding should be limited to those agencies that provide critical, essential services to the truly needy and most vulnerable in the City. Other Commissioners appeared to agree and supported Ross’ motions to fund the 4 agencies.

The final vote to fund the chosen agencies was unanimous, but Mayor Mike Lednovich and Vice Mayor Len Kreger initially balked at providing half of the available amount to the Council on Aging.

Janice Ancrum, Executive Director of the Council on Aging, was the only speaker to address the FBCC. She expressed gratitude to the City for its past support and provided examples of the work that her agency does to help seniors age in place: Installing handicapped ramps and grab bars; 93,000 meals to homebound citizens; more than 700 phone calls daily to seniors who live alone through the Telephone Reassuranca Program;

“Your dollars and those of the County help me determine whether we are going to give a bath to a senior once a week or three times a week,” Ancrum said.

Lednovich expressed frustration with the current allocation system, which he termed “a disaster.” His preferred method would have involved allocating smaller amounts in order to give more agencies help as well.

Kreger reminded Commissioners that under the American Rescue Plan (ARPA) there is an opportunity for non-profit agencies to request funding. He suggested that the City work with its consultant to help local non-profits access the ARPA portal to learn how they can request federal funding.

The approved City funding is included in the FY 2021-22 City Budget, which if adopted, will become effective October 1, 2021.