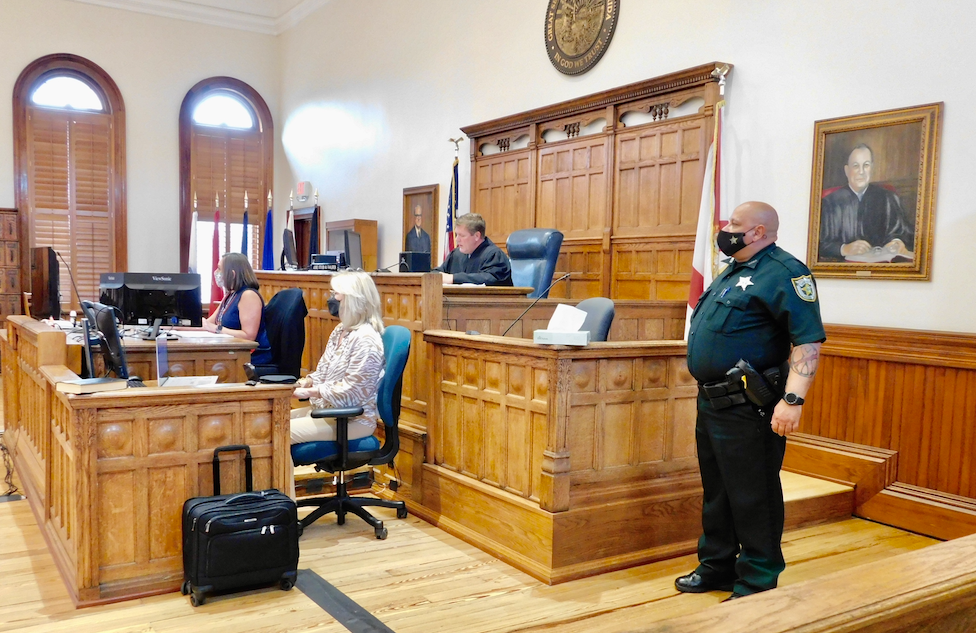 Christopher Ragucci has appeared to treat the court proceeding enforcing the Public Records Act before Circuit Court Judge Steven M. Fahlgren as a sort of game, or as a United States District Court Judge observed in another matter – “or even worse, as the very game that movie buffs who have elevated ‘Bang the Drum Slowly’ to a sort of cult film will recognize as TEGWAR, which the star pitcher played by Michael Moriarty reveals to the tragic third-string catcher played stunningly by a then little known young Robert DeNiro as an acronym for ‘The Exciting Game Without Any Rules.’”*

That approach was evident over the last 10 days in Ragucci’s response or lack thereof to Fahlgren’s July 23, 2021 Order to produce, within 48 hours, Port of Fernandina documents requested by City resident “Chip” Ross.

On Wednesday July 28, 2021, Fahlgren issued an Order directing Ragucci and his company, Nassau Terminals, the Port Operator, to appear in person before him to determine whether that continued failure “justifies the imposition of sanctions for indirect criminal contempt” and /or civil contempt as had been alleged by Ross.

At the hearing before Fahlgren held Monday August 2, 2021, Ragucci responded to the Court’s Orders in a written submission, prepared by his new counsel, providing either documents or an explanation claiming their nonexistence, for 8 of the 10 categories of documents directed to be produced by Fahlgren.

Ragucci, then, again renewed claims that: 1. The Operator’s accounting gross income statement for fiscal year 2019 and 2020 as it relates to Port related income; and 2. Documents relating to all amounts due to Operator under the Operating Agreement plus all other revenues, fees or charges collected by Operator resulting from the rendering of service by Operator pursuant to the Operating Agreement; ordered produced by Fahlgren, were somehow privileged or confidential documents containing “trade secrets” and/or that their release would in some way damage Nassau Terminals as a business entity.

This is the same claim Ragucci made during his testimony on July 23, 2021 when he allowed that he only had objection to portions of two of the Ross requests. He again argued that the agreement with the Port of Fernandina permitted that nondisclosure.

Judge Fahlgren noted for the record that he had ruled on the matter during the first hearing and stated that operations of the Port of Fernandina, a public entity, should not be viewed as a “trade secret.” Attorneys for the Ocean Highway and Port Authority affirmed that the Port had no objection to the documents being produced.

Fahlgren ultimately acquiesced, and ordered that the documents reflecting the Port’s income and revenue, fees, or charges be submitted to him for “in camera” review, a process where a judge privately looks at alleged confidential, sensitive or private information to make a determination as to whether it can be made public.

Although specifically not cited or directly argued at the hearing, it should be noted that Florida, by statute in 2020, did create a “public records exemption” for trade secret information. The statute, Section 815.045, in part reads: “Disclosing trade secrets [as defined in Section 812.081] in an [public] agency’s possession would negatively impact the business interests of those providing an [public] agency such trade secrets by damaging them in the marketplace… which would impair the effective and efficient administration of government functions.”

Ragucci was adjudged to be in civil contempt for his failure to comply with the Court’s Order and was fined by Fahlgren $2000 per day beginning August 2, 2021 and each day thereafter until the disputed documents are made available to the Court.

The proceeding initiated by Judge Fahlgren to determine whether Ragucci’s refusal to respond to his Order to produce records within 48 hours “justifies the imposition of sanctions for indirect criminal contempt” was set for August 27, 2021 at 3 P. M.

The Florida Supreme Court has defined the term “contempt of court” as “[a]ny act which is calculated to embarrass, hinder, or obstruct the court in the administration of justice, or which is calculated to lessen its authority or its dignity.” Section 38.23 sets forth the statutory definition of contempt: “A refusal to obey any legal order, mandate or decree, made or given by any judge relative to any business of the court, after due notice thereof, is a contempt, punishable accordingly.”

The port is raising eyebrows these days….