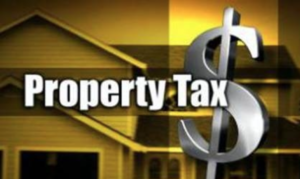 At a Special Meeting of the Fernandina Beach City Commission (FBCC) on July 27, 2021, it took two votes to set a tentative millage rate for the fiscal year that begins October 1, 2021.  The first vote, moved by Commissioner Chip Ross and seconded by Vice Mayor Len Kreger, called for continuing the current millage rate of 5.4683 as recommended in the budget proposal put forth by City Manager Dale Martin.  That vote failed on a 2-3 vote, with Mayor Lednovich and Commissioners Bradley Bean and David Sturges voting in opposition.

Following discussion led by Commissioner Ross, the FBCC voted on a second Ross/Kreger motion, this one to adopt the adjusted rollback rate of 5.3330.  The “adjustment” is higher than the rollback rate to account for inflation.  This motion passed on a 4-1 vote with Commissioner Bradley Bean in opposition.

Bean has consistently argued for adoption of the rollback rate:  5.1068, which would have involved cutting more than a million dollars from the proposed budget.

As the budget process continues, the FBCC has the option of voting to further lower the millage rate.  However, it is extremely difficult to raise the rate once the tentative millage rate has been set and forwarded to the County Property Appraiser.

City property owners will see a decrease in their City tax bill for two reasons.  By adopting the adjusted rollback rate, the the millage rate will decrease 0.1353 from the current year rate.  Also, because the voter approved debt to purchase land for the Egans Creek Greenway was recently retired, there will be a further drop of 0.1553 mills on City tax bills.

Despite the FBCC’s action to lower the millage rate, City taxpayers may see a rise in their total tax bill due to actions taken by the Board of County Commissioners and the Nassau County School Board.

Once all taxing districts have adopted their tentative millage rates for FY 2021/22, tax payers will receive the Truth In Millage (TRIM) statement prepared by the County Property Appraiser.  That statement will detail current and proposed taxes based upon input from all taxing authorities.

There were less than a handful of members of the public in attendance at the FBCC meeting, which lasted barely a half hour.

Commissioners will hold their first budget workshop on August 4, during which they will collectively begin cutting $390,858 from the budget proposed by the City Manager following input from City Departments.  A second budget workshop is scheduled for August 10.

During a sometimes spirited discussion Commissioners expressed concerns over upcoming but currently unknown expenses for dredging the marina’s south basin and possibly costs to demolish the structure housing Brett’s Waterway Cafe for safety reasons.  Such expenses would need to be funded from the City’s General Fund.  Commissioners also discussed the possibility of seeking voter approval for a General Obligation Bond (GOB) to fund many high-ticket capital projects to improve or replace City facilities.

Commissioner Chip Ross reminded Commissioners that the City has contractual obligations to raise salaries for public safety personnel by five percent.  He also noted the City’s difficulty in recruiting qualified staff due to the low salary range.  He suggested additional savings by reducing or eliminating salaries and health insurance for City Commissioners.  While acknowledging Ross’ 25-page handout breaking down expenses by department, Commissioners deferred consideration of specific budget cuts to the upcoming budget workshops.

City Manager Dale Martin, who had already trimmed $1.1M from budgets proposed by his department directors, reminded Commissioners that the budget was now theirs.  Any additional cuts must come from them.