At their July 20, 2021 Regular Meeting, Fernandina Beach City Commissioners (FBCC) approved three ordinances on final reading, but no ordinance was approved unanimously.  No members of the public provided input or comment on any of the Ordinances.  Some Commissioners have expressed expectations that at least two of the new Ordinances — the one on noise and the one on food trucks — will return to the FBCC for further modification. 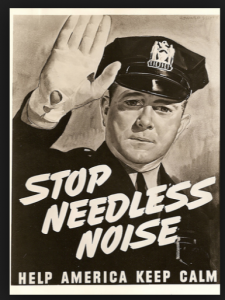 After much debate, public demonstrations, and strongly differing opinions, the FBCC finally has a noise ordinance again.  City police will now measure sound volume using decibel meters, instead of applying the previous standard of “plainly audible.”

This Ordinance was considered at First Reading on June 15, 2021, and was approved with an amendment to change the decibel limit in residential areas from 65 db to 75 db.

Mayor Mike Lednovich reported recent sound measurements over 80 decibels of music being played at The Boat House.  He took measurements from the venue, City Hall and the townhouses on South Third Street.

The new Ordinance was approved on a 3-2 vote, with Vice Mayor Len Kreger and Commissioner Chip Ross voting in opposition.

As part of the City Attorney’s review of the Code of Ordinances, this Ordinance updates City Code Chapter 10, Alcohol.  Changes include addition of some definitions and adding an exemption for breastfeeding mothers in Section 10-3.

This Ordinance was considered by the Commission at its June 15, 2021, meeting, where a provision that would have allowed only licensed charter vehicles an exemption to the open container prohibition, but was amended to refer back to the state statute.

This revised Ordinance passed on a 4-1 vote with Vice Mayor Len Kreger dissenting. 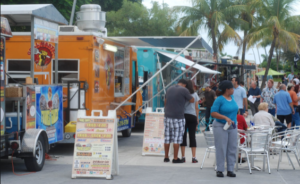 In 2020, the Florida Legislature passed a Statute 509.102; preempting local regulation of mobile food dispensing vehicles. This Ordinance replaces the City’s current regulations for mobile food vending with one that is consistent with requirements of the new statute.

This Ordinance was considered at First Reading on June 15, 2021, and was approved with amendments relating to definitions and a prohibition of food trucks on City rights-of-way and City-owned property except as allowed by the City Manager.

Mayor Lednovich took issue with the need for a Special Events permit, claiming that such a requirement was overly bureaucratic and hampered free enterprise.

Commissioner Ross expressed his discomfort with allowing food trucks to park anywhere on public property, including right outside brick and mortar restaurants that pay taxes.  He said, “This is not a perfect ordinance.  But let’s require the permit for now and see how it works.  I do not think that food trucks should be able to park next to brick and mortar restaurants and compete with them.”  Directing his remarks to Lednovich, Ross added, “You may think this is free enterprise, but they are on public property.”

Lednovich said, “If [food trucks] park near restaurants, that’s called competition.  That is called free enterprise.  And that’s the system we have in the United States of America, not government obstruction.  We are too regulated.  There has got to be a better way than this.”

City Attorney Tammi Bach reminded Commissioners that the change in the ordinance was necessitated when the Florida Legislature removed regulating authority from local government.

“The majority of the food trucks that will come to Fernandina will be from outside Nassau County.  We cannot regulate, tax or provide licensing to them.  They will be pouring in over the bridge.  That’s free enterprise, with all due respect, Mr. Mayor.  But some of our taxpaying businesses will see it differently.”

Lednovich said, “My position is find a better way [than special events permit].”

The motion passed on a 3-2 vote with Mayor Lednovich and Commissioner Bradley Bean in opposition.