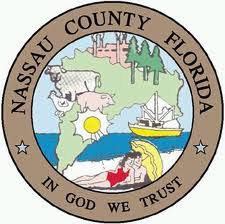 “The only addition to be added to the County ordinance is a speed limit on all trails not to exceed 10 miles per hour.”

Electric bikes, or E-Bikes, have been in the news a lot lately.

Most recently, the Nassau County Board of County Commissioners took on the issue and decided to make the county ordinance consistent with Florida state law.

According to ebikesguide.com, a website providing stats and facts about E-Bikes and laws across the country, noted this about the Sunshine State, “On July 1, 2021, the law [will change], making the state (Florida) one of the best for electric bike access and availability.”

The bill passed by the state legislature “gave E-Bike riders the same rights as normal cyclists. All three classes are allowed and there are minimal restrictions.  All three classes . . . are legal to buy and ride in Florida.”

In addition, as with the state, here in Nassau County there is no need to register or get a license for an E-Bike, no plate needs to be displayed nor is any sort of document or card required – nor is there a minimum age for riding an electric bike but anyone under 16 must wear a helmet.

E-Bikes can carry passengers as long as there is a permanent passenger seat and furthermore, with safety being a priority, E-Bikes must have working brakes, white lights on the front and red lights in the rear if riding between sunset and sunrise.  Headphones cannot be worn – not even with a single earphone — unless it’s a hearing aid.

And finally, bicyclists in Florida cannot ride “two abreast”, unless on a specific path allowing such.

The only addition to be added to the County ordinance is a speed limit on all trails not to exceed 10 miles per hour.  It will be up to the County Sheriff’s Office to develop enforcement policies and practices.

According to Robert Companion, County Engineer, “There are roughly ten miles of trails that the County maintains, most of which are on Amelia Island NOT including trails maintained by the City of Fernandina Beach.”

Companion went on to note, “There is an additional 3.2 miles of trail along the Amelia Island Parkway planned for construction over the next three years, as well as roughly five miles of trails planned for the next five years in the William Burgess District.  These numbers refer to trails for transportation and recreation, but do not include trails within County parks.”

Nassau County Sheriff Bill Leeper said, ” Hopefully, the bicycling community, as well as all who enjoy using these trails, will be considerate of the rules that are in place for the safety of everyone.   Maybe there won’t be any issues, but if there are we will figure out a way to send a clear message to share these trails respectfully.  Bike patrol may be one of them.”

I wish, as I have since this conversation began, that a plan to educate, introduce and enforce a speed limit for e-bikes (and any other motorized skateboard, scooter, one wheel, etc.) would be in place at the point of the adoption of this ordinance. E-vehicles have already been a problem on the paths here on the island and sadly, in the absence of a real plan, it will continue until someone is seriously injured. “Waiting to figure it out” if there are issues does not sound like a plan to me.

E-bikes will prove to be yet another “libertarian” devise adversely impacting society and the environment. God help all of us when the aviation equivalent becomes available in the marketplace. Don’t expect to see any law enforcement personnel policing our trails, pathways or beaches for E-bike violations.

Due to their silent operation, E-bikes pose a serious risk to walkers and hikers on all trails. There will now be considerable responsibility placed on E-bike users to warn others of their approach when sharing trails and pathways. Due to the new state law, E-bikes will now be allowed on state beaches, where their operation will significantly expand adverse impacts to sensitive and threatened wildlife dependent on those, (formerly less impacted) shorelines. Previously, all motorized vehicles were prohibited on state beaches, but the new law exempts E-bikes despite their “motorized” operation.

I don’t own an E-Bike and hope my health never requires me to depend on one. That said, I can’t help but draw analogies to the gun-rights argument, “Guns don’t kill people, people kill people.” Are E-Bikes the problem or is it the people who ride them recklessly? The same is true for bicyclists, as well as motorists who endanger bicyclists and pedestrians.