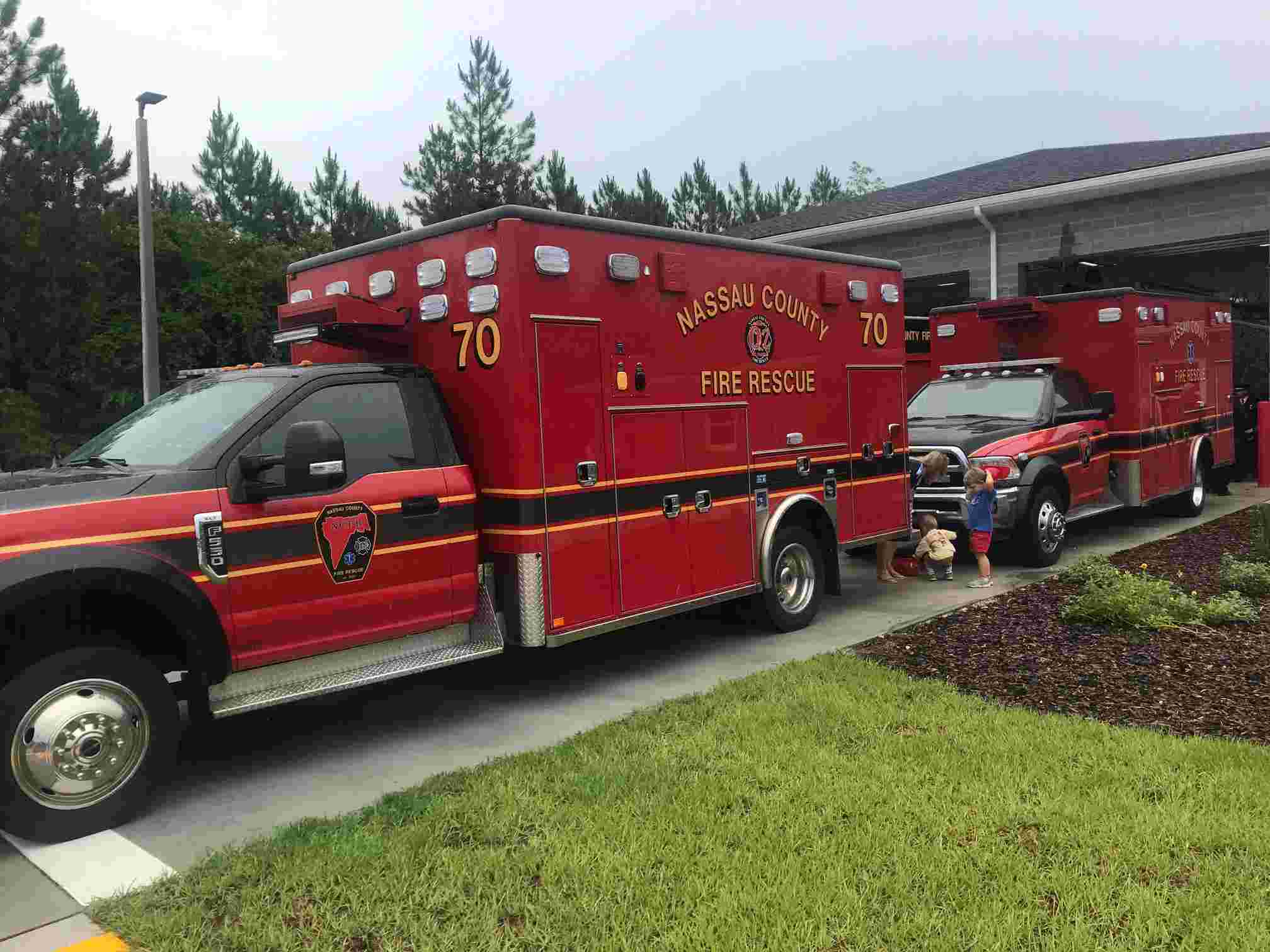 Tuesday, June 22, 2021, marked an important day in one of the fastest-growing counties in the state of Florida. Nassau County Fire Rescue Station 71, located at 96262 Chester Road in Yulee, was officially opened for business and a ribbon-cutting ceremony was held.

Fire Chief Brady Rigdon served as the Master of Ceremonies and publicly thanked public officials as well as the many individuals and companies who helped make this state-of-the-art fire station a reality.

The 8,453 square foot facility features three bays with an engine, a rescue unit and a tanker. It also contains 11 sleeping quarters, four and a half bathrooms, a living room, a kitchen and an exercise room. The station is manned 24-7 by seven persons. Typically, individual shifts consist of 24 hours on followed by 48 hours off.

The station commenced operations on June 5th, 2021, and since then has received over 70 calls for service.

Since fire protection codes have become so advanced in recent years, actual firefighting happens less and less while calls for emergency medical attention are on the rise. In fact, when asked about this, one of the tour guides (active on the Fire and Rescue squad) estimated that 90% of calls received these days are for medical emergencies. And while fires may happen less frequently, they are more toxic than in the past. Standard protocol requires each firefighter be immediately hosed down to help reduce the risk of injury and illness and other possible long-term effects.

At the present time, Fire and Rescue employs 141 individuals. There are currently four vacancies for firefighter/paramedics. The starting salary for a firefighters is $12.049 per hour with an additional $1.3736/hour offered as a paramedic incentive.

“In most cases,” explained Chief Rigdon in a follow-up email, “we require State of Florida Firefighter and Paramedic [Certification]. In some cases, we hire EMTs (Emergency Medical Technicians) and require them to become paramedics within three years.”

Prior to Station 71, the last station to be built in Nassau County was Station 60 in Bryceville. Board of County Commissioner Chair Thomas Ford (who represents the Byrceville community and beyond), said this during his opening remarks, “Now this one {Station 71] is the crown jewel [of Nassau County].”