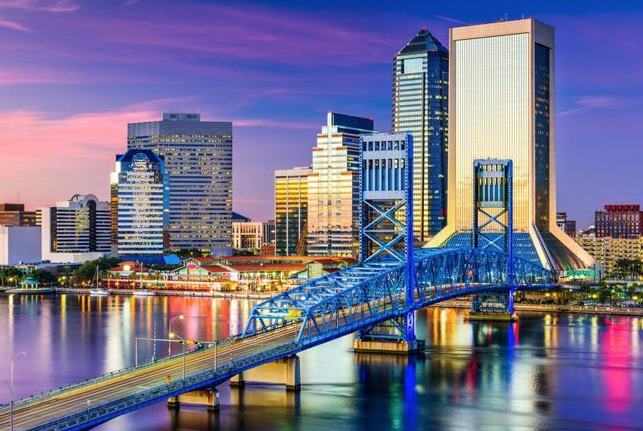 Florida’s three largest metro areas collectively led the nation in “in-migration” during a six-month span ending in April, according to LinkedIn, the digital professional networking platform used by 740 million people across the world.

May’s LinkedIn Workforce Report published by Axios lists Jacksonville, the Miami-Ft. Lauderdale metroplex and the Tampa Bay in the top 10 cities in the country for “in-migration” of LinkedIn professionals between November 2020 and April 2021 compared to November 2019 and April 2020.

Jacksonville scored a 19% increase to lead the nation. Miami-Ft. Lauderdale placed fourth with a 13.5% gain and the Tampa Bay Area ranked seventh with a 9.5% gain in LinkedIn users. Orlando finished 15th with a 2.16% year-over-year in-migration.

Linkedin’s May report places North Port in Sarasota County as second in the nation only to Austin, Texas, in population growth per 10,000 members.

Linkedin’s update is among indications that the pandemic did not slow the state’s population growth; about 1,000 new residents have moved to Florida from other states every day on average for more than a half-decade.

But it isn’t just retirees moving to Florida, Before the pandemic, wealth was migrating to the Sunshine State as well. The LinkedIn survey hints that pattern continues.

According to a Wirepoints’ 50-state-survey of Internal Revenue Service (IRS) “taxpayer migration” figures from 2018 and 2019, Florida attracted over $17.7 billion in Adjusted Gross Income (AGI) from 126,789 new residents (tax filers and dependents) who moved into the state in 2019.

“Florida, the nation’s perennial winner, gained the most people and income overall in 2019, while Idaho gained the most of both on a percentage basis,” Wirepoints said, noting the state’s steady growth in population and wealth are compounded as time goes by.

“Gains in people and income pile on top of each other each year, building an ever-growing tax base,” Wirepoints states. “In 2019 alone, the state’s tax base was some $173 billion higher due to the 19-year string of positive income gains from net in-migration.”

Wirepoints ranked Illinois worst with a 1.41% 2018 AGI decline. Alaska and New York ranked second and third, with losses of 1.35% and 1.15% of their total incomes, respectively.

“Florida’s gains and Illinois’ losses are a clear reminder that states are constantly competing for people, businesses and a growing tax base,” it said. “The prize for winning is big, but the price for losing may be even bigger.”