Follow up to April 6, 2021 Workshop on City Building Department 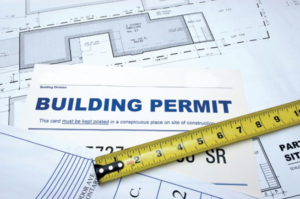 At the conclusion of the April 6, 2021 Fernandina Beach City Commission (FBCC) workshop devoted to concerns about the Building Department, Mayor Mike Lednovich charged City Manager Dale Martin with providing additional information to the FBCC on several specific areas of concern.  Martin responded with a memo dated April 20, 2021, which he summarized for commissioners and audience members during the April 20, 2021 FBCC Regular Meeting.

The areas of concern are provided below, along with Martin’s responses and Commissioner feedback from the April 20, 2021 meeting.

Martin advised that the existing Code Enforcement and Appeals Board (CEAB) provides an avenue for local appeal as well as the Florida Building Commission at the state level.  Martin listed the cross section of occupations that are desired for members of the CEAB and observed that several members do not meet these preferred requirements.  He advised that the FBCC could create another board or solicit new members for the CEAB with experience or expertise in building and land development.

Mayor Lednovich sought a speedier solution to resolve complaints, stating that the CEAB only meets once a month.  Commissioner David Sturges, a builder by profession, argued against Lednovich’s call for a board to meet weekly, suggesting that volunteer board members would not commit to such a schedule.  He felt that monthly meetings would be sufficient.

It was consensus of the FBCC that such a board be created by Resolution.  City Attorney Tammi Bach suggested that the board meet as needed with 5 days’ advance notice.

Sturges expressed confidence that volunteers for such a board would come forward.  He also renewed his request for an ombudsman-type customer service number where complaints could be fielded and acted upon swiftly.

Bach said that she would draft a Resolution to create an ad hoc peer review committee of building professionals to hear appeals on Building Department code interpretations.  She will present the Resolution for consideration at the May 18 FBCC meeting.

2.  Develop a format of customer feedback for each permit

Staff is developing an online feedback form which will be presented to the FBCC on July 6.  In the meantime customers may use the Suggestion Box in the Building Department lobby.

3.  Review and report on the implementation of body cameras for in-field Building Department personnel.

The Police Department has provided cost data for acquisition of equipment and storage of data.  The City Commission must provide direction on the implementation of body cameras, including policies and procedures that cover operations, privacy, public access and storage, among other issues.

Martin reported that he had met with builders who expressed concerns about body cameras being used inside private residences.  He suggested that more study needs to be done before action to introduce body cameras occurs.

Commissioner Chip Ross expressed a desire to continue pursuing this, and Sturges agreed.  Commissioner Bradley Bean opposed this idea.  While supporting the use of body cameras for Police he expressed fears that expanding the practice could lead to all staff wearing body cameras, and perhaps even Commissioners.  “Where does it end?” he asked.  “People interact with others all the time, and we are singling out part of our staff for increased scrutiny.  I don’t think we can draw a line for expanding this to others if we do this.”

Vice Mayor Len Kreger said that he believed the current situation is driving a move forward toward body cameras for Building Department staff who go into the field.  “We are dealing with technical issues, and I think the majority of this work will be outside work, so we don’t need to deal with the privacy issue,” he said.

Lednovich also supported the move to body cameras.  He said, “I don’t know of any private sector business that does not film its employees’ interactions with customers.”

Martin said that he would work with the City Attorney to draft policies and procedures for introducing body cameras for Building Department field work by July 6.

4.  Review and report on the permit application review/approval process.

5.  Review and report on permitting requirements.

Staff is reviewing possible changes to permitting requirements for smaller scale projects such as sheds, ramps, carports, pergolas, etc.  Staff recommendations will be presented to the FBCC on July 6.

6.  Review and report on permitting fees.

A Building Department fee study was recently completed.  Proposed fees will be considered as part of the City’s annual budget development for FY 2021/22.

The City has access to a wide range of passive and active training options, which will be presented to the FBCC for consideration on July 6.

Martin provided Commissioners with a letter sent to Nassau County Manager Taco Pope in which he asked for reaction to the suggestion of combining departments under the County, asking a series of related questions.  Martin was clear that his inquiry was of an exploratory nature.

Martin reported that he had just received a response from the County stating that the issue will require a lot of study and could not be implemented quickly.  In reply to the City Manager’s letter, County Manager Pope wrote in part:

“In response to the questions posed in your letter, the merger of City and County Building Departments is a complex and multifaceted endeavor. The questions posed in your letter, and the many questions raised by my staff, cannot be answered with the information available. To engage in meaningful discussions regarding a potential merger, there will need to be a significant allocation of time and resources to complete proper and necessary analysis to examine any actions that may be in the best interests of the citizens.

“Until such time I am directed by a majority of the Board of County Commissioners to commence said analysis, I do not have the authority to expend resources on the endeavor as there is no budget allocated to engage the proper legal and consulting services to properly examine your request in a manner that could adequately assess impacts to the public, the application of local regulations and the Florida Building Code, and the effects on staff and financial resources of both agencies.

“As we have discussed, what is being considered is not a simple matter. If this concept is directed to move forward by both the City and County Commissions, a prudent approach based on proper due diligence is necessary. I am happy to discuss the topic further at our regular monthly meeting. In closing, please let your team know they are welcome to contact the County’s Building Official, Keith Ellis, to discuss matters related to implementing the Florida Building Code and our internal operations.”