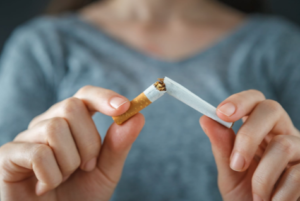 Spending on advertising and promotion by the major manufacturers of smokeless tobacco products in the U.S. decreased from $658.5 million in 2018 to $576.1 million in 2019. As with cigarettes, price discounts made up the two largest spending categories, with $285.6 million paid to retailers and $90.4 million paid to wholesalers. Combined spending on price discounts totaled $376.0 million – or 65.3 percent of all spending in 2019, down from the $413.2 million spent in 2018.

The Commission vote to issue the reports was 4-0. (The staff contact is Michael Ostheimer, Bureau of Consumer Protection, 202-326-2699.)

The Federal Trade Commission works to promote competition and to protect and educate consumers. You can learn more about consumer topics and report scams, fraud, and bad business practices online at ReportFraud.ftc.gov. Like the FTC on Facebook, follow us on Twitter, get consumer alerts, read our blogs, and subscribe to press releases for the latest FTC news and resources.