At the groundbreaking ceremony for the Public Safety Training Center for the Nassau County Sheriff’s Office which took place on March 22, 2021, the opening remarks of Sheriff Bill Leeper began this way: 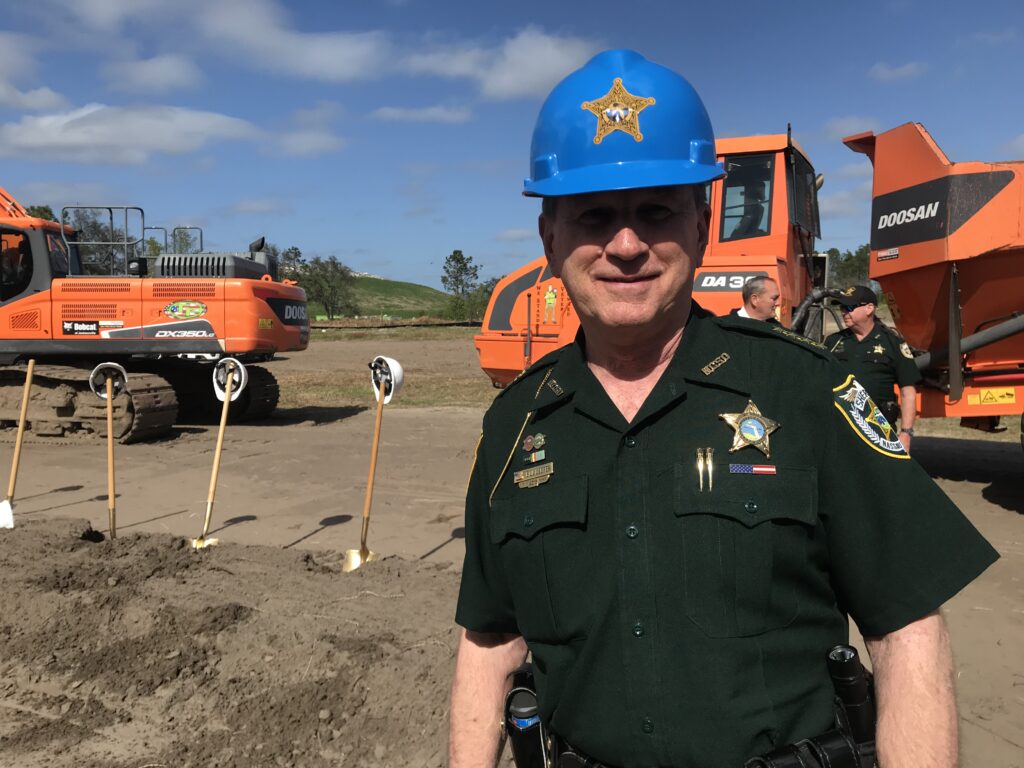 “This is a great day and a historic day for Nassau County law enforcement and fire/rescue. Just getting to today has taken several years of meetings, designing and planning to make sure the future of Nassau County is a better place.”

The difficulty explained Leeper, “was finding county-owned land that was not too low or wet and most likely wasn’t going to be near any development for the foreseeable future because our county is growing tremendously. . . we stumbled across 40 acres the county owned behind Sandhill Recycle Center on CR-108. It’s perfect. It’s high and dry, and it’s in a rural area.”

In 2017, those 40 acres were dedicated by the Board of County Commissioners to house the site of a new gun range. (The current gun range is off State Road 200).

The vision for the facility now includes classrooms, a SWAT obstacle course, a K-9 training area, a burn building, and other specialty training and practice areas . . . all to provide “better services to our citizens,” Leeper said.

The center will be built in three phases, the first of which is expected to begin in the next few weeks with completion slated for the spring of 2022. That phase will include two pistol ranges and a rifle range. Phase Two will see classrooms being built at a cost of about $5 million. The rest of the vision will be part of Phase Three with the total cost of the project to be an estimated $13 million.

When asked about how this vision will be accomplished, Leeper said, “Unsure just depends on funding. If NCSO has to pay . . . it could take up to 30 years for everything to be built.”

To that end, the Sheriff’s Office has been doing just that housing federal inmates (some 20-25) in the Nassau County jail facility for which it is reimbursed at a rate of $70 per inmate per day. That money has been set aside for this project.

As Leeper explained, “it has taken us about 5 years to save enough dollars to get to this point in conducting environmental reviews and testing, removing gopher turtles, developing the infrastructure and designing our gun ranges, which will consist of two pistol ranges and one rifle range. It will be a professional range, one that is compliant with the Criminal Justice Standards and Training Commission and one our deputies can be proud of.” At the ceremony, Leeper underscored the fact that 47 gopher turtles had been successfully rehomed.

In a follow-up email, Leeper was asked if the public might have access to the shooting range as a way of subsidizing the cost of the new training center. His response: “We’ve thought about that but not sure of the liability since it’s county owned land and we don’t want anything to interfere with our agency training.”

And while the Sheriff’s office is investigating grant opportunities, it is ultimately up to the County to fund this vision. 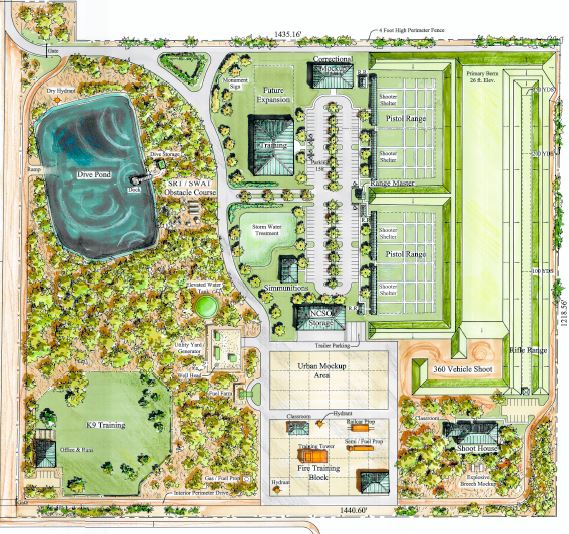