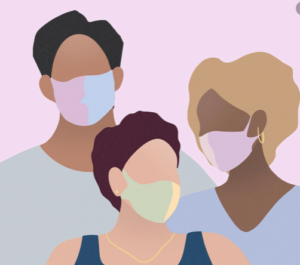 Due to the ongoing nature of the Covid pandemic the FBCC approved Resolution 2021-29 at their March 2, 2021 Regular Meeting, extending the the emergency order mandating facemasks in public spaces for another month until April 7, 2021. This is the latest extension of this requirement, first promulgated on July 20, 2020.

Mayor Mike Lednovich reported that although numbers of Covid cases appear to be declining in Nassau County, the Center for Disease Control (CDC) reports that Nassau County remains at a very high risk level for transmission of the virus.  While hospitalizations have declined, deaths are high for a county of Nassau’s size.  The CDC also believes that Florida is underreporting its cases.

Vice Mayor Len Kreger cited as a hopeful sign the increase of vaccine availability.  The County Health Department is now soliciting applications from those 65 and older.  Governor Ron DeSantis also signed an executive order on Friday that allows doctors, advanced practice registered nurses and pharmacists to vaccinate someone who is younger than 65 if they’re deemed high-risk.

Commissioner Bradley Bean also shared good news.  He reported that during his shift as a volunteer at the Emergency Call Center last week he learned that 71 percent of the County’s over 65 population has already been vaccinated.  “I feel that we are in a good spot,” Bean said, adding that he was very optimistic.

Commissioner David Sturges agreed with Bean’s optimism about Nassau County, but expressed concerns about more rural Florida counties.  He said that the rate of infection in Union County, slightly west of Nassau County, is the second highest in the nation with 496 deaths in a population of 12-15,000.

Lednovich warned against complacency until the entire county population is vaccinated, noting that over the weekend a 30 year-old woman and a 42 year-old man died of Covid.

Commissioners voted 4-1 to approve the extension, with only Commissioner Bean opposing. 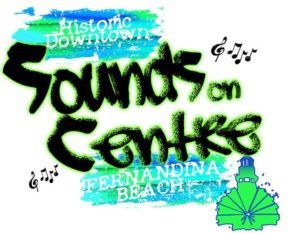 On a related matter, Commissioners discussed Resolution 2021-30, a request to approve with conditions the street concerts sponsored by Sounds On Centre, scheduled to begin April 2, 2021.

Vice Mayor Len Kreger said that while he would vote to approve the measure, he would not attend due to Covid concerns.  “It’s our responsibility to look out for ourselves,” he said.  “Hopefully [the organizers] will be complying with CDC requirements.”

Commissioner Chip Ross reminded other commissioners that they had just discussed that the City is in a high risk area for transmission of the virus.  He noted that the permit application for the concerts indicated that 600 people would attend.  “From a public health point of view I don’t think this makes sense, and I will not vote for it,” he said.

Bean reasserted his support for the event.  “This is an outdoor event.  I personally believe that our residents need this type of event.  This is a month away and we have already vaccinated 71 percent of our most vulnerable citizens.  We need to approve this and start getting back to normal,” Bean said.

City Attorney Tammi Bach advised that the resolution approves all Sounds On Centre through the season, but the FBCC can choose to revisit it at any time.  City Manager Dale Martin advised that adhering to CDC guidelines for outdoor gatherings are not part of the application process.

While initially agreeing to add that condition to the motion, Bean and Sturges reneged when informed that CDC guidelines limited outdoor gatherings to 250 people.  Bean said he wanted Sounds On Centre to be able to realize full capacity and asked that Commissioners vote his motion up or down.

When the vote was called, the motion passed on a 3-2 vote, with Lednovich and Ross voting against adoption.

‘…over 71% of county’s vulnerable population already vaccinated…’ come on folks! Wake up and get back to living life.