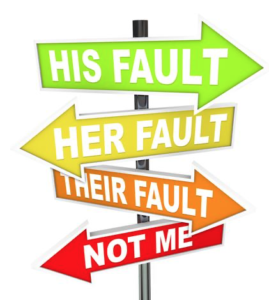 The Florida House has been trying to repeal the state’s 50-year-old auto insurance no-fault law since 2012, but there’s been little momentum in the Senate to join 48 other states in doing so.

Proponents warn the state’s PIP system is rife with fraud and litigation and, as a result, the insurance rates Florida’s 16 million licensed drivers pay – the nation’s third-highest, according to a Insure.com 2019 analysis – will increase even more without repealing no-fault.

So when Senate President Wilton Simpson, R-Trilby, said in December that ditching the state’s “outdated” PIP system is a 2021 Senate priority, repeal advocates were buoyed.

SB 54, referred to three Senate committees, debuts Tuesday before the Banking and Insurance Committee in a preliminary review before the legislative session begins March 2.

Florida’s Motor Vehicle No-Fault Law requires owners maintain PIP, which provides $10,000 in medical, disability and funeral expenses, without regard to fault, subject to a limit of $2,500 for nonemergency medical care. In exchange for providing PIP coverage, vehicle owners are immune from tort claims.

SB 54 would require drivers by July 1 to secure bodily injury liability coverage of at least $25,000 for death or injury of one person, $50,000 for injury or death of two or more people and $10,000 for property damage.

“Replacing our no-fault system with a bodily injury liability system more appropriately places liability where it should be: with the party that caused the accident,” Burgess said.

Consensus over “bad faith” claims has been elusive, Burgess acknowledged, but SB 54 “creates a new framework for handling bad faith litigation that provides a clear set of standards to govern the conduct of both parties in the claims handling process.”

The measure likely will be opposed by the insurance industry and health care providers, particularly hospitals, which say the PIP system ensures payments, allowing accident victims to get treated immediately.

Opponents refer to a 2018 study by Seattle-based Milliman that projected premiums would increase by $67 on average if PIP was eliminated.

Citing an Insurance Information Institute study estimating 26.7% of Florida drivers – more than 4 million – are uninsured, no-fault defenders caution without it, even more uninsured motorists will be on the road, ultimately raising rates even more.

Supporters dispute those contentions, noting a Florida Office of Insurance Regulation report from 2016 that projected rates would decline 5.6% by adopting a bodily injury coverage requirement, and that Colorado drivers saved 35% on premiums after dropping a no-fault auto insurance system.