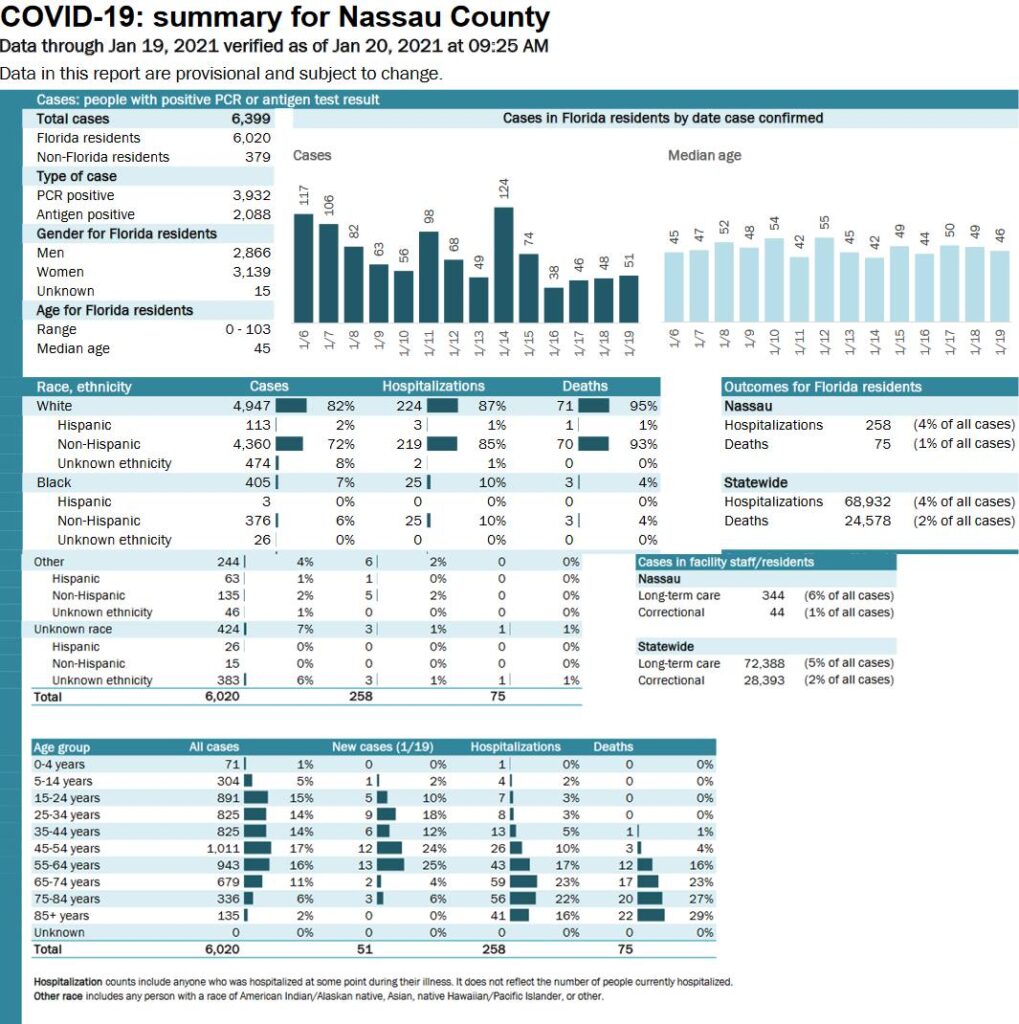 The Board of County Commissioners (BOCC) held its regular Wednesday morning meeting on January 20th, commencing at 9am.

Director Foster, of the Emergency Operations Center, gave a report, speaking for Dr. Seidel, Department of Health for Nassau County, who was suffering from laryngitis. Most notable was a report on the COVID-19 vaccine process as he announced 4,892 individuals had received their first dose and 371 had completed the two-part series.

Foster also reported that of the 975 individuals who have received notices that they were eligible for an appointment during this current round of vaccines – (which goes through Tuesday, January 26th) — 437 had claimed their ticket.

Foster also gave the statistical report routinely delivered by Seidel in which he quoted important stats and facts regarding new cases, cases under quarantine and hospitalizations as well. The Fernandina Observer includes that same information in each of its issues.

Foster announced that while the positivity rate for the week January 10 – January 16th, at 15.4% was down from 19.67% the week before, remains well above the target rate of 5%.

On Wednesday afternoon, Seidel sent an email to the BOCC which contained important demographic information. Her email said this:

After FDOH Nassau shared the age group breakdown for those residents who have received their COVID vaccine, we learned that a new report will be released daily on the state FDOH COVID Home Page – “Vaccine County Reports” which will contain this and additional information. Attached is a scanned preview but please feel free to pass on the resource to interested decision-makers and residents who are looking for this information.

When questioned about how individuals are informed about their follow-up appointments, Seidel, in a very hoarse voice, stated that each person is given a card that contains important information about the vaccine and also the date for their follow-up appointment. Commissioners Farmer and Martin iterated how important effective communication is during times like these.

When asked who one should call in the event they don’t understand the process, Seidel responded that the Yulee Clinic is the place and the number there is 904-875-6110.