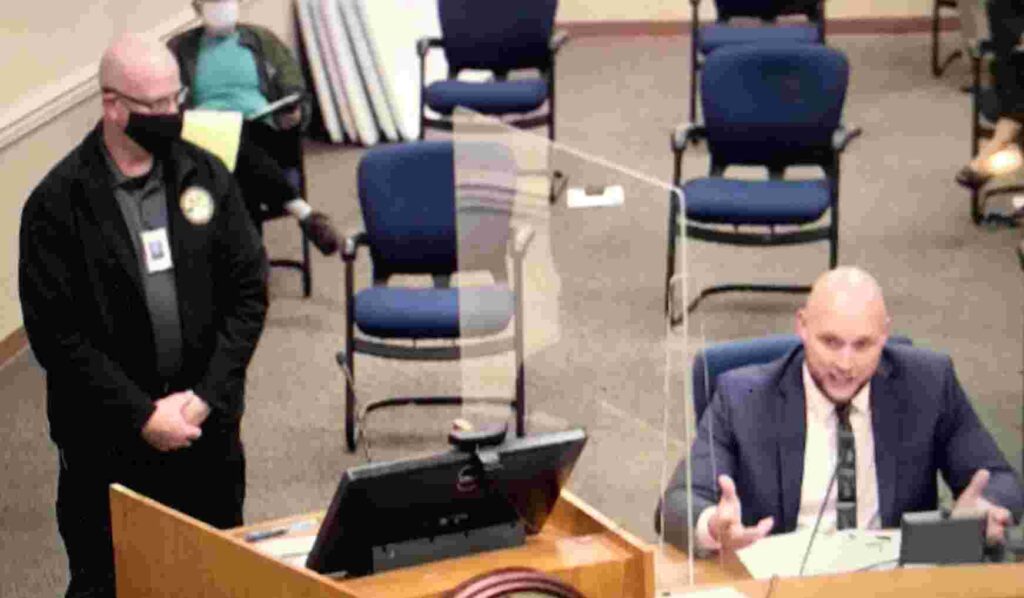 A special meeting of the Board of County Commissioners was held at 4:30pm January 13, 2021 to discuss the County’s COVID-19 Vaccination Plan.

Senator Aaron Bean was the first voice to be heard via telephone. He spoke of two meetings he attended earlier in the day, both related to the subject of health care policy. He stated that he was “fully aware of the challenges of the COVID vaccine all over the state . . . in all of the counties.”

Bean reiterated that everyone, every county in the state is experiencing the same frustrations as a result of the unprecedented demand. Commissioner John Martin shared that he has been receiving a lot of phone calls from angry residents who are complaining and believe that Nassau County is not getting its fair share.

Senator Bean reaffirmed that is simply not the case. Once the shipment of vaccines from the federal government are received, the state then begins the distribution. While the exact formula for the actual allocation has not known, it is based on population, the ability to store the vaccines and the ability of a county to administer. 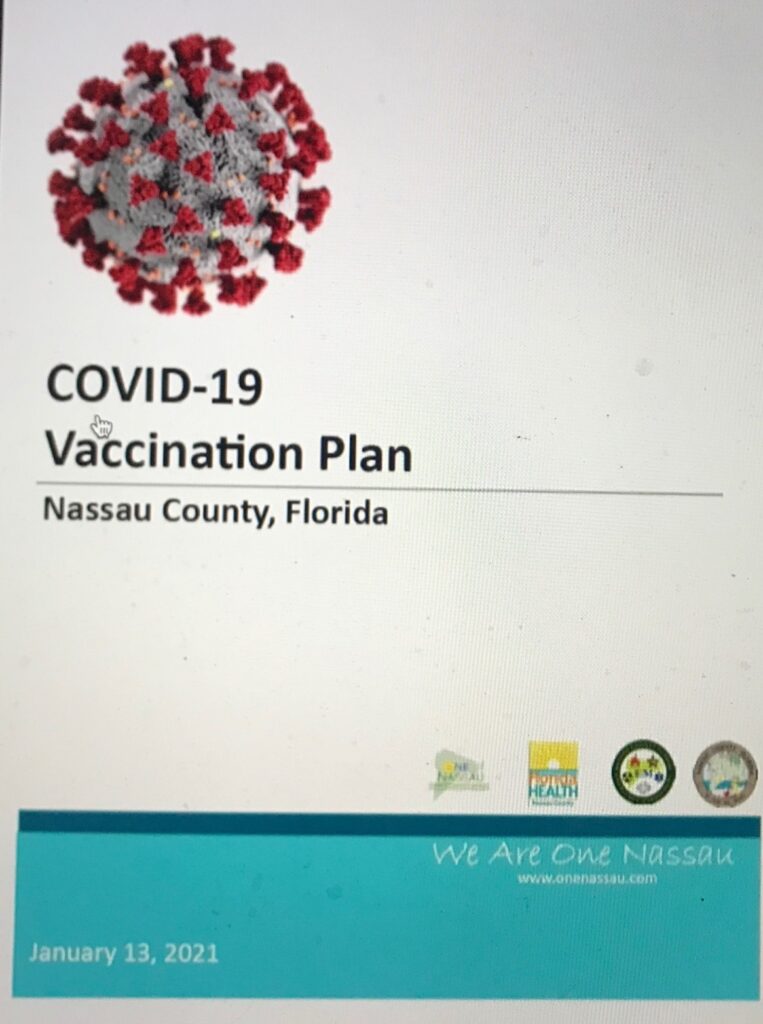 According to Dr. Seidel, 2,533 individuals have received their first in the two-part series of COVID-19 vaccinations and 311 have completed the set.

According to County Manager Taco Pope, the capacity exists to vaccinate 1,150 per day.

While exact numbers have not yet been confirmed, Greg Foster, Director of Emergency Management Operations stated that he expecting Nassau County to receive 674 doses on a weekly basis. Again, that number has not been confirmed. The State of Florida via the Florida Department of Health is in control of the receipt and distribution of the federally issued vaccines.

Taco Pope did make a few announcements relating to the draft vaccination plan. The BOCC voted to give Mr. Pope broad authority to make changes to the overall plan when additional clarifications are made by the Governor. As Pope summarized the plan, he emphasized that the situation is very fluid and changes on an hourly basis.

Perhaps the most important announcement he made, which will elate many senior citizens is the establishment of a waiting list. As explained, there will be two ways in which residents can register. The first is online through the OneNassau Eventbrite system but a waiting list will be established as soon as possible which will allow individuals to call in and have their name put on a waiting list. As vaccines become available, names will be selected randomly those selected for any given week will receive a call from an individual informing them where and when their appointment take place.

Pope indicated that this phone system will be manned Monday-Friday.

The Council on Aging (COA), working with Baptist and the Department of Health has been compiling a list of those senior citizens who need/want a vaccine. So far, they given out about 250. The number for the COA is 904-261-0701.

Commissioner John Martin, himself a veteran, shared that the Veterans Administration is working to providing veterans with COVID-19 vaccines. He encouraged vets to contact their local VA office. The VA’s website can be found at https://www.va.gov and the main information phone number is 800-698-2411.

The bottom line for anyone attending or listening to the meeting was quite clear;  the issue is not the ability to vaccine large numbers of individuals.  The issue is one of vaccine availability.

We have over 88,000 permanent residents. I think 674 weekly doses is ridiculous. Calling in to get on a waiting list is not the answer. You can’t get through on the phone lines now?

Hopefully Biden will get everything expedited

A clown car, all falling over each other — every one pointing a finger elsewhere. Vote ALL these jackaphones OUT

Thanks Cindy. Excellent reporting. Looks like the county is doing everything it can to move us forward during this crisis. Glad to have them and the COA working for us.

There are a lot of retired nurses and doctors in this community who would be more than willing to help administer vaccines but who have licenses to practice from other states. State licensing requirements would need to be waved to be able to utilize this large and willing source of volunteers.

How can Mr Bean call this “ unprecedented demand” everyone knew a vaccine was coming. Where has he been the last six months, unprecedented, poor choice of words.

Lack of fore thought and proper planning by leadship is how the people see it.

I dont see where this report called them out on this either.