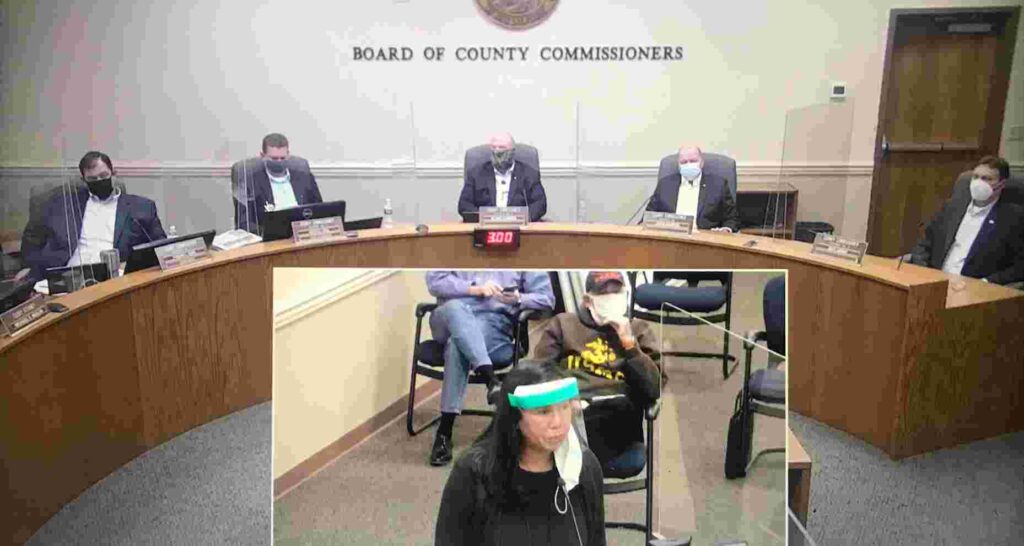 On Wednesday, January 6, 2021, the Nassau County Board of County Commissioners (BOCC) called for special meeting to take place on Thursday, January 7, 2021 to discuss the COVID-19 vaccine.

Health Director, Dr. Eugenia Seidel, and Emergency Management Director, Greg Foster, were present to discuss the availability of the vaccine, the appointment process, and to answer questions from commissioners and county residents.

Top of mind were complaints and concerns about the appointment making system, and the appearance of it “crashing.” In reality, Director Foster explained, “the system (which utilizes Eventbrite) had not crashed since the weekend.” He went to say, “because of the overload, it did slow down but it is working as it is supposed to work.” As an example, Foster cited a few statistics:

Commissioner Klynt Farmer compared it to trying to get tickets to a Super Bowl with thousands of fans wanting to see the game but only a limited number of seats are available.

Commissioner Martin commented that it really wasn’t a “crash” per se but more a defensive operation on the part of the service provider to protect against “hackers.”

Despite those impressive statistics, it does not diminish the fact that hundreds, if not thousands of Nassau County residents are very frustrated by the process. That sentiment was echoed by many commissioners. Commissioners Bell and Martin appear to advocate for the development of some sort of list or arranging for more employees/volunteers to man a larger call center to provide better service for the elderly and others who may face technical difficulties. It was Commissioner Martin who specifically suggested that seniors in their 80’s and older, (perhaps the most vulnerable in our community), be allowed to sign up first and be placed on a waiting list and once the vaccines arrive, those individuals would be called and an appointment scheduled.
Discussion followed whether or not this process would violate state requirements as to priority groups.

While the commission did not vote on anything, it was announced that all concerns and suggestions would be taken under consideration at a meeting to be held later in the day with County Manager Taco Pope, County Attorney Michael Mullin, Director Foster and others involved in the process. 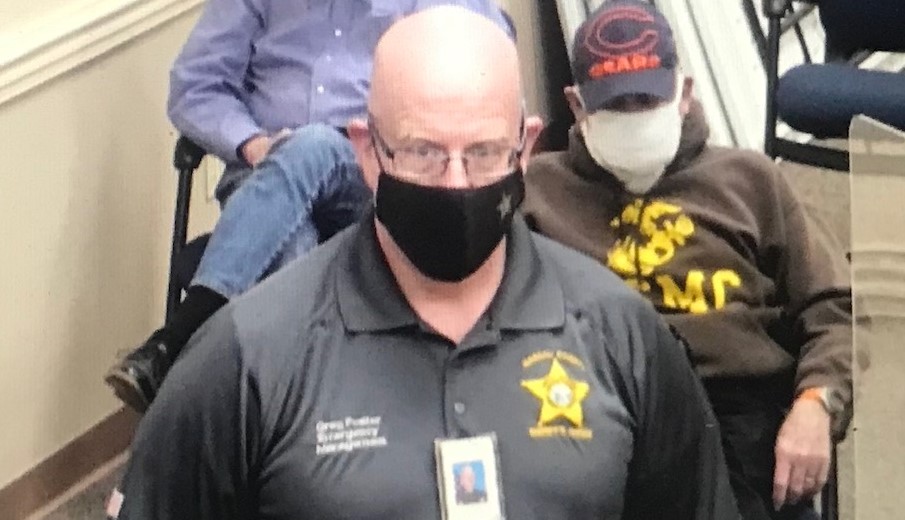 Director Foster did commit to utilizing all tools at his disposal to “try and make the process as easy as possible.” Foster also commented that “demand is always going to exceed the supply in the beginning part of a vaccine process.”

Foster went on to describe a change already made in the appointment process which will give registrants the ability to see “times available” and to make their choice from four options. He described this as being similar to the system often employed by concert venues where the ticket buyer can see available seats.

Dr. Seidel repeatedly stated that the vaccine distribution system is very complex noting that is a federal vaccine, with states responsible for distribution followed by counties tasked with establishing their own POD (point of distribution) plans – all of which must be in compliance with state guidelines. Add to that is a very limited supply of the vaccines.

COVID BY THE NUMBERS

To date, according to information compiled by the World Health Organization (WHO), the European Centre for Disease Prevention and Control (ECDC) and local government sites:

The complexity of the system. At the federal level, Operation Warp Speed was created as a public/private partnership to facilitate the development and distribution of COVID-19 vaccines. It includes components from the Department of Health and Human Services (HHS), the Centers for Disease Control and Prevention (CDC), the National Institutes of Health (NIH), the Biomedical Advanced Research and Development Authority (BARDA) and the Department of Defense (DoD). Its goal was to produce and deliver 300 million doses of a vaccine beginning in January 2021.

Approved for distribution in the US through an Emergency Use Authorization (EUA) issued by the Federal Drug Administration (FDA) have been two vaccines – one from Pfizer-BioNtech and one from Moderna.

Pfizer’s vaccine requires special cold chain conditions from the time of manufacturing to the and time they are administered. Moderna’s vaccine does not. Both require two doses each.
FLORIDA’S SHARE OF THE VACCINE
As announced in December 2020, Florida was slated to receive 179,400 doses of Pfizer Inc.’s vaccine in its first shipment from the federal government. As outlined in an Executive Order 20-315, Governor Ron DeSantis outlined that the COVID-19 vaccine would first be administered to the following groups:
– Long-term care facility residents and staff. (Nassau County has 11 such facilities)
– Persons 65 years of age and older. (the CDC estimates that about 23% of the County’s population is over 65 – between 20,000 plus individuals)
– Health care personnel with direct patient contact
– Persons deemed to be extremely vulnerable to COVID-19 by hospital providers that is for Phase 1.

As described by the Florida Department of Health, Phase 2 will begin as more vaccine becomes available. At that stage, additional providers, including pediatricians, primary care providers and pharmacies will receive doses. It is likely that in this phase, mass clinics may be opened to ensure there is equitable distribution of the vaccine, in the same way COVID-19 testing was made available.
A slowing demand and “likely sufficient supply” will usher in Phase 3. Once the vaccine is widely available and demand for the vaccine stabilizes, the state will transition to providing the vaccine through routine health care delivery systems, including commercial pharmacies.

In Nassau County, on January 5th, 98 individuals received their first shot and four completed the series. The cumulative total for Nassau County reveals 1,044 individuals have been vaccinated since the roll-out of the vaccine began in December.

Interestingly, Fast Company also recently did a report on the CDC’s Data Tracker and their research noted that “as of Monday, Maine, Vermont, Connecticut, West Virginia, Montana, and the Dakotas had the highest rates of people taking their first dose, while Arizona, Kansas, Michigan, and states in the deep south had the lowest.”

When asked about the formula used for calculating the number of vaccines distributed to each state, Dr. Seidel did not know. In addition to not knowing the “formula” no one really knows at what frequency vaccines will be distributed nor how much to expect. Dr. Seidel was very blunt when she announced that she does not set up an appointment schedule until the vaccines are in hand. But this is not unique to Nassau County.

Mullin followed up on that comment saying the distribution system is the problem and, in that vein, Senator Aaron Bean has been contacted and is aware of the problem.

A few suggested sources for additional information include:

and Nassau Safe – a message alert system. To sign up for this service, simply send a text to 888777 and type COVID19. (Currently, this service has approximately 7,000 subscribers)

Well thank you, Tom! Autocorrect does present problems on occasion.

I do wonder why the county does not use a simple sign-up system. Put your name on the list, show qualification/contact info, and await contact–restaurants mastered this long ago. Enable status check–“There are XX before you at this time.” No crashed sites, and assurance that you will get your fair turn. Could even offer estimate of how long a wait–again restaurants do this nicely. This mad scramble now in place is unnecessary.