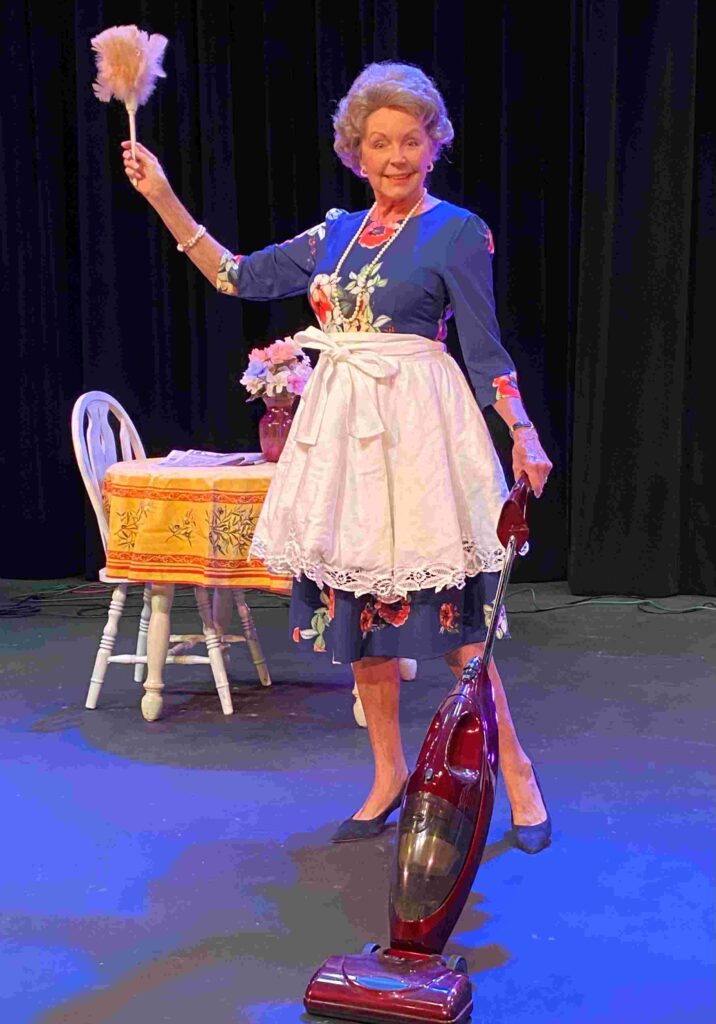 Based on the life and work of the prolific humorist, the play by sisters Allison Engel and Margaret Engel is a tribute to a writer who voiced the joys and frustrations of family life, using wit and honesty to remind them “when humor goes, there goes civilization.”

Erma Bombeck, who lived from 1927-1996, was a syndicated columnist whose readership grew to thirty million by the 1970s. She also wrote for magazines, published books, was a popular speaker, and appeared on Good Morning America television segments for eleven years. Her book titles include “The Grass is Always Greener Over the Septic Tank” and “If Life is a Bowl of Cherries, What Am I Doing in the Pits?”

Karen Harper King plays Erma Bombeck in this one-woman show. She takes the audience through Erma’s life as a working wife and mother, reflecting back to the time when magazines and TV shows portrayed housewives vacuuming and doing dishes while wearing heels and pearls. Erma made the daring decision to write about what home life was really like for the average woman and her family, reminding readers that “no one ever died from sleeping in an unmade bed.”

After hearing a speech by Betty Friedan, Erma became an advocate for ratification of the Equal Rights Amendment, traveling with Bella Abzug, Gloria Steinem, and Liz Carpenter to speak to women across the country. Although unsuccessful, she was proud of her work explaining equality and telling people that “we’ve got to get sex out of the gutter and back into the Constitution where it belongs.”